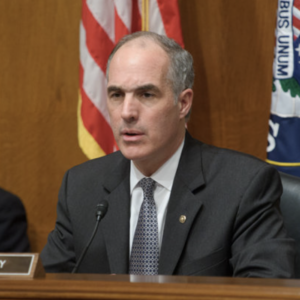 Could Hyde Amendment Cause Problems for Casey?

By abandoning the Hyde Amendment, Democrats have placed themselves on the wrong side of national polling and may suffer politically in the 2022 midterm elections. And “moderate” Democrats like Sen. Bob Casey who aren’t up for re-election next year could be undermining their standing with independent voters in the long run.

“In the crucial races, I predict that Republicans will be talking about this issue more than Democrats in the fall of 2022,” said Ramesh Ponnuru, the new editor of National Review.

Ponnuru added: “Taxpayer funding is an element of the abortion debate that puts the Democrats on the wrong side of public opinion. Support for it makes it harder, as well, for Democratic candidates to signal that they understand and respect voters’ ambivalence about abortion.”

In January, a Marist/Knights of Columbus poll showed 58 percent of Americans opposed to taxpayer-funded abortion. However, the absence of targeted polling on the issue in battleground states makes it unclear how it will influence voters when they vote.

James Carville, a former advisor to President Bill Clinton, said that while he’s open to changing his mind, he believes voter opinions on abortion are already so “baked into the cake” that the Hyde Amendment won’t significantly impact the midterms.

“The politics on abortion have been front and center for a long time, and people’s attitudes have been remarkably consistent over a period. So I’m skeptical as to whether it will move any votes one way or another,” Carville said.

Pro-life Democrats have lobbied moderate Democratic senators from battleground states like Casey to protect the Hyde Amendment, promising electoral consequences if they do not.

On July 29, House Democrats led the 219-208 vote to pass a budget that excluded the Hyde Amendment for the first time in 45 years. The new budget, which must now clear a 60-vote threshold in the Senate, also excluded the Helms Amendment, which prevents funding international abortions, and the Weldon Amendment, which permits healthcare workers to recuse themselves from participating in abortions.

“This decision will have drastic consequences for every single Democrat who voted to repeal it,” said Kristen Day, DFLA executive director. “We urge pro-life voters to make this their priority issue for 2022.”

“If Democrats begin forcing taxpayers to pay for abortions, it will become a big issue in the 2022 elections — and put their majorities in trouble,” Joshua Mercer, co-founder of the conservative advocacy group CatholicVote.org, said.

Mercer noted that while midterms are usually difficult for the party in control of the White House, Democrats already have razor-thin majorities in the House and Senate, making their repudiation of the Hyde Amendment a risky gamble.

“Abortion has poisoned our national political discourse, so it should be an issue for all voters. We won’t reduce polarization until the left stops demanding that all 50 states enshrine its subjectivity as law.”

But Timothy P. Carney, a public opinion analyst at the conservative American Enterprise Institute, suggested moderate Democratic senators may remain silent about the Hyde Amendment to avoid even fiercer political blowback from their own party and voter base.

“Democrats cannot afford to do anything but take the most extreme positions on abortion,” Carney said. “This leaves the party way out of touch with the public on issues like late-term abortion and taxpayer funding of abortion. Hopefully, that will catch up with them at the ballot box.”

At this point more than a year before Election Day, the pundits hesitate to predict which issues will decide battleground races in a midterm where Democrats expect to lose ground regardless of their legislative actions. While Republican campaigns and pro-life groups may conduct push polling to motivate turnout among their base, it seems unlikely that any targeted polling will occur in key races to gauge how voters overall will respond to Democrats spiking the Hyde Amendment.

Ultimately, if moderate Democrats fail to support the Hyde Amendment and suffer politically for it, it will likely be because individual GOP candidates utilize this sort of internal polling to juice voter turnout. That in itself might be worthy of concern among moderate Democratic candidates.