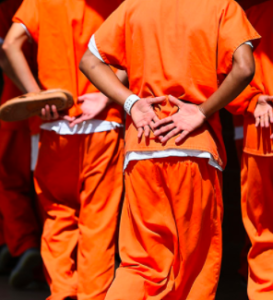 Cost of De-Privatized Delco Jail Could Run $49M a Year

The cost of running the George Hill Jail, which Delaware County is looking to de-privatize, may well go as high as $49.9 million a year.

The troubled jail, which inmates’ families have long complained is rife with contraband including drugs –a complaint that proved true when five female inmates needed to be hospitalized for heroin overdoses on Christmas Day 2019– is being targeted for county takeover in early 2022.

Currently being run by Florida-based correction systems contracting firm GEO, the county has spent about $48 million a year for the past few years. Delaware County is the only county in the state with a privately-run jail, something that is uncommon in much of the country.

During a special meeting Thursday of the county’s Jail Oversight Board to discuss the financial feasibility study of the county taking over management from GEO, prison system consulting firm CGL estimated the cost could run as high as $49.9 million; but vital services such as medical care and food would need to be contracted out. Currently, GEO takes care of those services.

“Based on our numbers, we have determined the privatization is financially feasible,” said CGL’s senior vice president Karl Becker.

County Jail Oversight Board members did not vote on the plan or make a decision on the three financial scenarios that Becker proposed Thursday. Board chair Kevin Madden, who also serves on Delaware County Council, said the presentation was for “informational purposes.”

One of the biggest problems for the prison is staff turnover, which can run to about 40 percent for people in the first six months at the facility. Becker recommended a six percent raise of salary and benefits across the board in all three financial scenarios he presented.

“Staff turnover is a major problem at the facility,” said Becker. “Salaries at George W. Hills are below the level at other county prisons. In excess of 40 percent of newly hired employees leave within 6 months. An inexperienced workforce can create operational problems. A salary increase is important.”

Board members expressed concern that contraband and drugs are still an issue even with all the COVID restrictions that the prison has adopted.

“We can’t blame the contraband issue on the prisoners,” Madden said after reading a letter from the mother of a George Hill inmate who expressed concerns about drugs in the prison, an ongoing problem.

The $49.9 million budget scenario Becker discussed would include keeping staff levels as they are with the same programs, but including a 5 percent contingency for unknowns and outsourcing food and medical services.

A second budget proposal would run about $47 million and would mean cutting 48.5 jobs at the prison. Like the first proposal, Becker recommended increasing salaries and benefits across the board to keep staff. This scenario, too, would leave the jail management team outsourcing for food and medical services. But unlike the $49.9 million budget option, this approach includes cognitive behavior therapy and substance abuse programs “to prevent recidivism,” Becker explained.

The third plan under consideration is to reduce staff by 48.5 jobs and close a housing unit, which Becker said could make operating efficiencies as low as $43 million a year.

Becker said a number of costs unrelated to switching management need to be taken care of, including equipment and supplies, which will involve negotiations with GEO, information technology, human resources, security enhancement – which he called a “significant issue.”

Noting de-privatization will be a lengthy and complicated process, Madden said that “without minimizing this, this is not rocket science. We are the only country in the state of Pennsylvania that contracts with a private company to run its own jail. Our responsibility is the health and welfare of the citizens, those inside the jail and those outside it.”