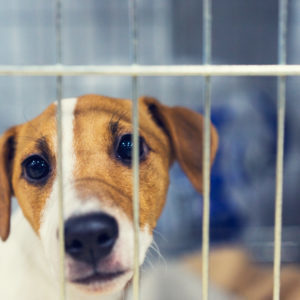 Sad dog behind the fence. Homeless dog behind bars in an animal shelter
[IS] Opinions

While canine coronavirus is not directly transmittable to humans, outbreaks of newly mutated infectious diseases in China such as the novel coronavirus strain, along with a devastating epidemic of swine flu, are stark reminders about the risk of importing pets from regions lacking transparency on public health issues.

China is one of several countries regularly exporting tens of thousands of dogs to U.S.-based rescues for adoption here, with insufficient health checks overseas or upon entry into the United States.

In short, we are importing dogs from a country whose government, as Foreign Policy magazine pointedly remarked about the outbreaks, defaults to “habits of opaqueness, concealment and distrust of the public.”

The U.S. Centers for Disease Control and Prevention warns that of the estimated 1 million dogs imported annually into the United States, 113,000 originate from countries with “high risk” for rabies and other diseases, several of which can jump species and infect humans.

“Many dogs are bred irresponsibly in large numbers in ‘puppy mills’ overseas, where the risk of congenital abnormalities and disease is high,” said a CDC blog. “Importers then fly them as cargo in large batches, claiming them as ‘rescue’ dogs, valued at $0 on their paperwork, [thereby] allowing the importers to evade entry and broker fees.”

Because of lax laws in the country of origin, some of the dogs will not have received necessary vaccinations and may harbor undetected illnesses such as rabies or dangers such as antibiotic-resistant MSRA, the bacteria-born disease Brucellosis or foreign parasites. Health certificates accompanying imported dogs from these regions are commonly invalid or forged.

U.S. rescues place these dogs into foster homes, onto adoption websites or include them in adoption events at local pet stores within days of their arrival. Numerous people may have contact with the dog before any symptoms appear.

As border officials and experts in animal disease have documented, the dangers are anything but theoretical.

In early 2019, for example, one of 26 so-called rescue dogs imported from Egypt to a rescue organization in Topeka, Kansas, had rabies. All the dog’s companions had already been placed in foster care or adopted before the illness emerged. U.S. officials suspect that the Egyptian vaccination certificates were forged.

By last May the concern was so great that the CDC announced a temporary ban on dogs from that Egypt, “citing multiple instances of dogs that contracted rabies in Egypt being brought to the U.S. in recent years.”

Imported dogs threaten the health of our domestic dog population, introducing viruses that are expensive to diagnose and treat. Scientists at Cornell University’s Animal Health Diagnostic Center identified a strain of Asian canine distemper virus never before reported in North America, determining that the source was likely a dog “rescued” from a Korean livestock market.

Similarly, the American Veterinary Medical Association cautioned last November about the importation of foreign dogs from certain regions, including China. “Veterinarians with state governments are concerned that dogs and their carriers could bring with them pathogens, especially the African swine fever virus responsible for killing whole pig herds in China and Eastern Europe,” the group said.

The pressure on rescues to import dogs has been fueled by “Adopt Don’t Shop”-style campaigns, with as many as 44 percent of Americans choosing rescue-sourced dogs.

The problem has been intensified by misguided state legislation that foments a black market for “rescue” dogs from unregulated breeders in high-risk countries.

A California law forces pet stores to sell only rescue or shelter dogs, eliminating dogs sourced from regulated professional breeders. A similar law is on the books in Maryland, and anti-breed interest groups are pushing more in other states.

Congress could be getting involved in a big way, with lawmakers considering a measure that would ensure valid health certificates for all dogs coming into the United States and allow for specific, region-appropriate vaccination requirements for dogs. This is a start, but much more needs be done.

Federal agencies tasked with checking for imported disease risks sorely need more resources to meet the challenges they face daily, and Congress and the Trump administration should work to address this worrisome deficit.

“A house is not a home until it has a dog,” the British naturalist Gerald Durrell observed.

That is a guiding principle for millions of Americans as they consider acquiring a dog. But let’s ensure that dog is a healthy one.

Sheila Goffe is vice president of government relations for the American Kennel Club. She wrote this for InsideSources.com.