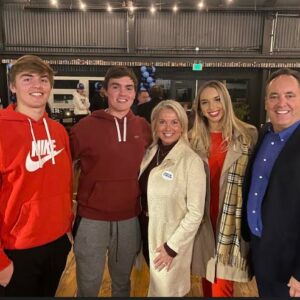 Corman: Mask Lawsuit Wasn’t Politics, It Was About Parents

State Senate President Pro Tempore Jake Corman said he filed a lawsuit against the Wolf administration’s mask mandate for students, not as a politician, but as a parent protecting his children and a citizen defending the rule of law.

“I sued as a parent of two high school students and I also sued from the perspective institutional office of the state Senate,” Corman told the Delaware Valley Journal. “Our feeling was the Secretary of Health did not have this authority.”

On Dec. 10, the state Supreme Court ruled in favor of Corman (R-Centre) and his fellow plaintiffs — state Rep. Jesse Topper (R-Bedford), two religious schools, three public schools, and a group of concerned parents. The court vacated the mask mandate and upheld an earlier ruling by the Commonwealth Court.

Prior to the mask order by acting Secretary of Health Alison Beam (who announced recently she is leaving her job), Gov. Tom Wolf “asked the school districts to go through a process to develop a health and safety plan. They went through that process.”

Corman, a GOP candidate for governor, said he and his wife followed their district’s guidance for their children, two of whom are in high school.

“Then, at the last minute, the governor decided to implement his own plan through the secretary of health,” said Corman.  The administration ordered masks to be worn in schools and daycare centers as of Sept. 7.

It was then that Corman decided to file the lawsuit.

“The case was never about whether we should wear masks or not. It was about the rule of law,” he said.  Governors need to follow the law “even in times of emergency.”

And last May “the voters made a historic vote to reduce the governor’s authority,” via ballot questions. But Wolf, instead of “understanding” the voters’ will, “tried to circumvent it. You can’t make things up out of thin air…You have to go through a process.”

Corman is pleased the Supreme Court ruled against the mask mandates because otherwise, it would mean the governor had the power to decide to close businesses and houses of worship again and tell people they cannot congregate and shut down protests, he said.

“We believe (Wolf) never had this authority without going through the legislative process,” said Corman. “That’s what this was all about.”

“The administration urges school districts to prioritize the health and safety of their students and staff when making mitigation decisions,” she said. ​“Masking is a proven and simple way to keep kids in school without interruption and participate in sports and other extra-curricular activities. Universal masking in schools, which the Centers for Disease Control and Prevention (CDC) and the American Academy of Pediatrics recommend, reduces the risk that entire classrooms will need to quarantine due to a positive COVID-19 case,”

Meanwhile, in the wake of the Supreme Court decision some local school districts, including Bensalem, Central Bucks, Pennridge, and Marple Newtown, have announced that they will make mask-wearing optional.