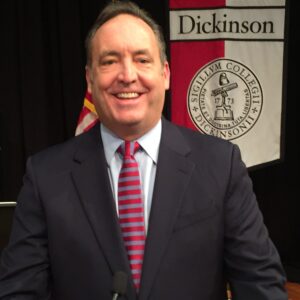 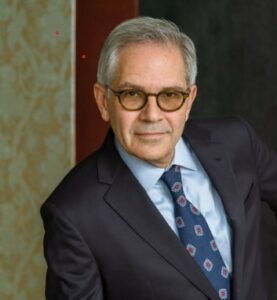 Corman, who is among a crowded field of Republicans seeking the GOP nomination for governor, cited Philadelphia’s unprecedented violence during the last two years as indicative of Krasner’s “failed policies” to address surging gun violence and “perform the duties of his to hold criminals accountable for the crimes that they commit.”

The city set a record for homicides with more than 560 in 2021. More than 1,000 people were killed over the last two years, according to The Philadelphia Inquirer, which pointed out at least 30 have been slain since the start of this year.

Corman pointed to members of the General Assembly and Congress who were impacted by the bloodshed.

“His decision to allow more and more criminals to walk free through plea deals and dismissed charges has created an environment in which Philadelphians are no longer safe in their own homes and communities,” Corman wrote.

“Considering he just hired Kellyanne Conway to run his primary campaign, nothing about Jake Corman’s stunt today is surprising,” a spokesman for Krasner said, pointing the finger of blame for the violence at the state legislature for not preventing gun violence. “They’ve created fewer sustainable jobs, deepened poverty, gutted public education, and destroyed social services.”

It is unclear if the House will act on Corman’s call to impeach Krasner, the newly re-elected progressive Democrat who won a second term last November. The House has the sole power to impeach public officials under the state constitution. Doing so requires members to draft articles of impeachment and gather evidence of Krasner’s alleged misconduct before a vote.

A majority House vote would move the case to the Senate, which requires two-thirds of members to vote for a conviction, which would result in Krasner’s removal.

It is a high bar to meet and has not happened in decades, as former state Supreme Court Justice Rolf Larsen was the last person convicted by the Senate in 1994, the Inquirer reported.

The Philadelphia district attorney, who is almost 30 days into his new term, has become a political punching bag for critics in light of what some felt were tone-deaf comments he made last month dismissing that the city was experiencing a “crisis of lawlessness,” Broad & Liberty reported.

Those comments drew a strong rebuke from the city’s former Black mayor, Michael Nutter, who demanded Krasner apologize to the families of the victims impacted by the violence.

“I have to wonder what kind of messed up world of White wokeness Krasner is living in to have so little regard for human lives lost, many of them Black and Brown, while he advances his own national profile as a progressive district attorney,” Nutter wrote in an editorial for the Inquirer.

Corman cited statistics in his letter claiming only about one-fifth of shootings since 2015 have led to criminal charges, with Krasner’s office securing convictions in fewer than one-tenth of those cases.

“We cannot turn a blind eye to DA Krasner’s clear dereliction of duty,” Corman wrote. “Meaningful action must be taken to restore a sense of security to the communities and families that have been negatively impacted by his negligence.”