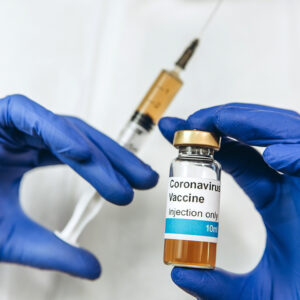 Concern Over Omicron Variant Rises, But Not Support for Vax Mandates

The appearance of COVID-19’s Omicron variant has reignited the already heated debate over vaccine mandates.

Days earlier, another court struck down a mandate on businesses with 100 or more employees imposed via the Occupational Health and Safety Administration (OSHA).

But even with nearly 80 percent of adults having received at least one shot and new variants like Delta and Omicron in play, Americans remain largely ambivalent regarding mandates.

A recent Scott Rasmussen poll found 48 percent of voters approve of the Biden administration’s attempt to mandate COVID vaccines for all workers at companies with more than 100 workers, while 46 percent oppose it.

Support has fallen in the last two months with 54 percent approving the idea in mid-September and 37 percent against it.

A possible reason for the decline is 63 percent of voters have experienced supply chain problems, Rasmussen noted. And 59 percent favor relaxing vaccine mandates to ease those problems.

The survey also found some 53 percent do not believe the president has the legal authority to impose his order on private companies, up eight points since September. And just 30 percent believe he does have the authority to implement his mandate.

Asked to comment, some Delaware Valley politicians had differing views on whether Biden’s OSHA mandate on large employers should go forward.

“Congresswoman [Mary Gay] Scanlon does not support H.J. Res. 65, which would disapprove the emergency rule proposed by the Department of Labor’s Occupational Safety and Health Administration (OSHA) relating to ‘COVID-19 Vaccination and Testing; Emergency Temporary Standard,’” said Carina Figliazzi, a spokesperson for Scanlon. “The congresswoman has read the proposed OSHA rule, which does not issue a blanket mandate vaccination, but rather proposes measures by employers to strongly encourage vaccination in the workplace and includes an exception for employers that adopt a policy requiring employees to undergo regular COVID-19 testing and wear a face covering at work. Having read the underlying rule and its justification, she finds the rationale and the proposal for the emergency temporary standard to be well-reasoned. Widespread vaccination and adherence to public health measures is our most effective path to conquering the pandemic.”

GOP Sen. Pat Toomey, on the other hand, opposes a government vaccine mandate.

“While I firmly believe getting vaccinated is the best protection for most against COVID-19, penalizing those who abstain and their employers is not good policy nor is it the role of the federal government,” Toomey said. “With a fine of $13,650 per violation, the outlined requirements from the Biden Administration will further alienate the skeptical and could easily force an employer that has taken considerable steps to encourage vaccination among its staff to be penalized, cut employees, or even close its doors. I will be joining many of my Republican colleagues in an attempt to revoke this mandate via the Congressional Review Act in hopes of stopping it before it causes unnecessary harm.”

U.S. Rep. Chrissy Houlahan tried to walk a tightrope on the topic, claiming she supports the “spirit” of mandates but is concerned about their impact.

“In the midst of the pandemic, many think that our businesses and their teams can either be economically strong or be physically safe (when it comes to COVID-19),” said Houlahan. “That’s a misperception – we can be both. I support the spirit of the OSHA directive, especially considering the insurmountable scientific data showing the safety and efficacy of vaccines. And at the same time I’m also an entrepreneur, and mindful of our businesses’ challenge to comply given the hardships they’ve faced these past couple of years. I’m confident we can come together and find solutions that work for everyone. Instead of co-sponsoring legislation to dismantle the OSHA policy, I look forward to continuing to work with employers in my community and the Administration to find real solutions.”

And Republican gubernatorial candidate Guy Ciarrocchi, who took a leave from his job as president of the Chester County Chamber of Business and Industry, believes big government is not the solution.

“Biden’s vaccine mandate is misguided and bad medicine,” said Ciarrocchi. “First, our national vaccine rate is good and getting better. This is a big government action in search of a problem. Second, from airlines to hospitals, we are seeing what happens when mandates cause walkouts or work interruptions that harm more people than any mandate would help. Finally, many of these mandates are directed at the very people who worked tirelessly and selflessly to get us through the COVID-era. Those who we considered Heroes for most of 2020 and 2021 are now being portrayed as villains.”