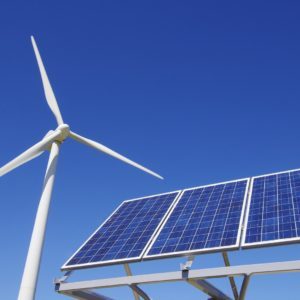 Clean Energy Is The Greatest Opportunity Of The 21st Century

America is divided on several issues heading into the presidential election, and climate change is one of the most polarizing. As a lifelong conservative, businessman and person of faith, I have a unique point of view to share on this subject.

There is nothing about conservative values that should cause us to brush off climate change as a liberal concept.

I grew up in a conservative household where the environment was given its due respect. We all had a role to play in not polluting our land, air and water. Both Republicans and Democrats supported legislation to keep us safe and healthy.

Unfortunately, this changed in 2000 with the George W. Bush v. Al Gore presidential election. And it became even more political in 2008 when Barack Obama became president and supported clean energy.

The reflexive muscle of the Republican Party opposed the science of climate change without giving it the proper consideration.

Then the BP Deepwater Horizon oil spill occurred in the Gulf of Mexico. Next my daughter developed an acute case of asthma. And I attended my first sustainability conference. And I started reading about the science of climate change.

Fast forward 10 years and my company, Melink Corporation, has two net-zero energy headquarters, a fleet of electric and hybrid vehicles for our employees, and I live in a net-zero energy home and drive an electric car powered by solar energy. And these measures not only save us energy and money; they have made us a leader in our community and industry.

Why am I sharing this story?

We need to shift our economy from one based on fossil fuels to one based on clean energy by 2030. Climate scientists agree we are fast approaching the point of no return when global average temperatures will continue rising every year.

Droughts and wildfires as well as storms and hurricanes will continue increasing in frequency and severity unless we stop emitting billions of tons of carbon dioxide into the atmosphere every year.

The good news is many of the largest and most successful companies in the world like Apple, Google, Facebook and Walmart are equally committed to becoming part of the solution. And there are simple things that we as a country and as ordinary citizens can do to become part of the solution, too.

Steps we can and should take at the national level:

—     Rejoin the Paris Climate Treaty. This would put the U.S. back in its rightful leadership role with the almost 200 nations still committed to this treaty for the purpose of mitigating the effects of climate change.

—     Put a price on carbon. This would level the playing field between the fossil fuel and clean energy industries because polluters would finally have to pay for the damage they are causing to not only our environment, but our economy, security, and health.

Steps we can and should take at the business and individual level:

—     Subscribe to the green energy option with your electric utility. Do so if you are not in the position to install solar panels on your home or business rooftop. This will require your utility to purchase clean energy from a solar or wind farm for you.

—     Buy an electric vehicle the next time you are in the market for a car. Gain the benefits of a smoother ride, faster acceleration, lower energy costs, and less maintenance. Once you do, you won’t go back.

Embracing a clean energy economy is completely aligned with conservative values and principles. The U.S. is uniquely capable with its penchant for innovation and free markets to unleash new technologies and scale them to solve the climate crisis.

But if we let the fossil fuel industry continue brainwashing our politicians, we will either risk the gravest consequences of climate change or let China win the clean energy revolution.

Steve Melink (www.melinkcorp.com), author of “Fusion Capitalism: A Clean Energy Vision For Conservatives,” is a lifelong conservative. He is founder/CEO of Melink Corporation, a Cincinnati, Ohio-based company that specializes in clean energy solutions for the commercial building industry. He wrote this for InsideSources.com.