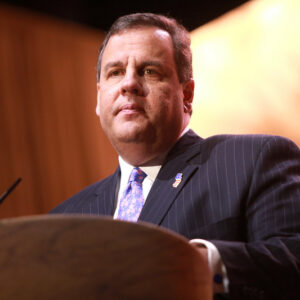 Posted to Politics May 03, 2021 by Andrew Mahaleris

While he had no comment about a possible presidential run in 2024, former New Jersey Gov. Chris Christie was explicit about what his party’s strategy should be today: Take the fight to Joe Biden.

“[Biden] has lied about the voting bill and Georgia in order, and I want everyone to understand this: The motivation for doing this is to stoke racial divisions in our country to his political benefit,” Christie said. “We need to say that out loud and directly, that’s exactly what he’s doing.”

The 2016 presidential candidate made his comments during a call with New Hampshire conservative leaders and activists on Wednesday, where Christie came out guns blazing in a wide-ranging discussion on how to best oppose President Biden and the Democrats’ agenda in Washington.

“We have lie after lie after lie from Joe Biden, and here’s what I don’t understand. The rules have changed,” Christie said. “And I said this to George Stephanopoulos two weeks ago, when he stopped me and said, ‘Do you really want to say it’s a lie?’

“I said, well, you all use the term ‘lie’ and ‘liar’ about President Trump over and over again. And now, because it’s good old Joe Biden, we’re not going to use the same word for conduct that is clearly untrue?”

Christie also criticized Biden for using what he sees as charged phrases such as “Jim Crow on steroids” to describe Georgia’s new voting law. Christie noted that law is much more generous than the laws in Biden’s home state of Delaware. Georgia’s new laws expanded the number of early voting days to 17, while mandating early voting to one additional Saturday, with the option for counties to open up early Sunday voting.

“President Biden has replaced Donald Trump’s bombastic, sometimes unproductive hyperbole with complete and utter incompetence and deceit,” Griffin said. “Biden’s cognitive performance, his propensity to genuflect to the extreme left of his party, and a demonstrated inability to be truthful are both unprecedented and unsustainable.

“Take a good look, folks — Biden is rehabilitating the GOP before our very eyes,” Griffin added.

Christie, whose allies floated a potential run for president last week, also took offense with Biden’s new infrastructure package, which he simply sees as a way for the government to line the pockets of Democrat-supporting unions.

“Now there’s a $2.25 trillion infrastructure bill under the most generous definition of infrastructure the American people understand. Only 24 percent of that is for infrastructure. And $400 billion is to increase pay to home healthcare workers — but only if they join a union, only if it’s a unionized job,” Christie noted.

“That is an agenda that has nothing to do with infrastructure and has absolutely everything to do with increasing the power of unions in this country who give over 95 percent of their money to the Democratic party,”

“It’s time to start winning again. And the way to win is to unite behind opposing these issues. These issues that the President is bringing forward and call him out for what he is and what he’s doing,” Christie said. “The American people will like the fact that we are fighting for them on those topics, protecting their family businesses, protecting their ability to send their children to school, to learn in a class rather than kowtowing to the teachers’ unions.”

Some Republicans are uncertain that Christie, who dropped out of the 2016 GOP primary after finishing in a distant sixth place in New Hampshire, is the right person to lead the Republican charge against the Biden agenda. But if he is thinking of another run, starting in the Granite State makes sense.

Veteran GOP consultant Jim Merrill, who worked on both of Mitt Romney’s presidential bids, said, “it’s no secret that Governor Christie will likely run for President again in 2024, and he is starting in the right place – New Hampshire. Without a unifying message, Republicans have struggled to lay a glove on President Biden during his first three months in office,”

“The Christie strategy of more clearly defining Biden along with more effectively articulating what Republicans are for makes sense, even if his ability to be that unifying messenger is open to question,” Merrill added.

“I will be there to help in New Hampshire, as I’ve always tried to do both when I was governor and since I’ve left the office,” said Christie. “I look forward to that Republican House member and I look forward to a Republican senator. I think it will be a great thing,”