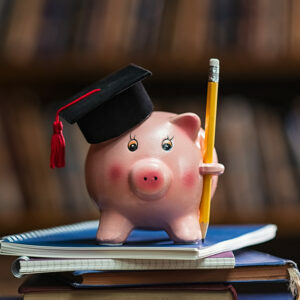 CHOUGULE: Americans Are Paying More, Getting Less – Student Debt Forgiveness Would Drive More of the Same

The Biden administration has aggressively defended its economic record by telling the American people to ignore their lying eyes–the economy is strong so they should quit complaining. Reality keeps striking back against the White House narrative as gas prices cross $5 per gallon and inflation jumps 8.6 percent.

It has gotten so bad that even progressives like Rep. Ilhan Omar (D., Minn.) have noticed “the surge in consumer prices,” as she said in a letter to Education Secretary Miguel Cardona. That letter must have resonated with the president, as he agreed to cancel $6 billion in student loan debt on Thursday.

Unfortunately for Americans, Democrats only acknowledge inflation when they are trying to advance massive government interventions—the types of policies that helped produce such price hikes to begin with. Omar and 56 other Democratic lawmakers told Cardona the “surge in consumer prices” justifies the decision to force taxpayers to pay the student loans of 200,000 borrowers.

Democrats consistently downplay inflation concerns as they chase gimmicks to appease their favored interest groups, while doing nothing to address the root causes of our most pressing issues. The White House, for example, cites national security in order to release petroleum reserves or subsidize solar power, but it offers no solutions to increase domestic energy production. Now, the White House’s election-year bid to unilaterally cancel student debt perfectly encapsulates our current economic situation: Dump taxpayer dollars into a broken system under the guise of helping people but inevitably making things worse.

After signing into law the $1.9 trillion “American Rescue Plan” last spring–with zero Republican votes–Biden, Vice President Kamala Harris, and others in their party barnstormed the country proclaiming “help is on the way.” But we know now that was false; it did not add to the recovery and contributed as much as 3 percentage points to inflation by the end of 2021, according to the San Francisco Federal Reserve. All the while, the administration did nothing to improve supply chain problems, address labor shortages, undo tariffs that increase costs, or reform any of the regulations that make it more expensive and burdensome to live and work in the United States.

The administration, cheered on by Omar and other progressives, employs identical logic to pay off student debt without requiring any badly-needed reforms to the higher education system. The only difference this time is that Biden is acting unilaterally through executive action because even this Congress appears to know better. A plurality of Americans opposes this idea with good reason.

Thursday’s announcement could be a preview of even more radical action to come. The administration is still considering plans to forgive $10,000 per borrower, which would cost more than $320 billion and worsen inflation by adding to consumer demand that the economy is already unable to meet. It would also be unfair and regressive, forcing people with lower incomes to pay for a government subsidy for higher earners.

All of this is unjust, but the most poisonous part of the plan is that it would entrench higher education’s flawed status quo, which has saddled 40 million people with $1.6 trillion in student debt. It is no accident that tuition skyrocketed as the government’s role in paying the cost of college expanded. Higher education institutions have no reason to rein in costs as long as they see government as a guaranteed payer. Moreover, there is little accountability for how those taxpayer-funded tuition dollars are spent and whether those expenditures benefit student outcomes.

Debt forgiveness undermines any incentive for students to borrow responsibly or choose a major that will adequately prepare them for the workforce and equip them to pay back their loans.

Just as the American Rescue Plan exacerbated inflation by boosting consumption without reform, student debt forgiveness would increase the incentive to borrow and spend irresponsibly for higher education and continue to inflate costs without any improvement in what schools are supplying.

Industries that do not enjoy such lavish government subsidies have seen the greatest declines in cost and improvements in quality and innovation, as Mark Perry of the American Enterprise Institute shows in “the chart of the century.” The title may sound like hyperbole until you see what has happened to higher education in the past four decades where tuition and government subsidy have reached record highs—as have dropout rates, indebtedness, and poor educational outcomes.

Forgiving all student loan debt would cost the government $1.6 trillion and could push inflation over 9 percent, according to the Committee for a Responsible Federal Budget. Fortunately, full forgiveness is likely off the table because the Administration knows it does not have the authority and Congress does not have the appetite outside of Omar and a couple dozen other progressives.

But even partial student debt forgiveness will encourage college administrators to double down on the broken status quo at the expense of taxpayers and teenagers. And it will make painfully clear that the White House still fails to realize that dumping gobs of taxpayer dollars into the economy has worsened, not helped, the situation and that they have failed to change course from the short-term gimmicks, politics, and reckless spending that got us here.

Akash Chougule is vice president of Americans for Prosperity. He wrote this for InsideSources.com.