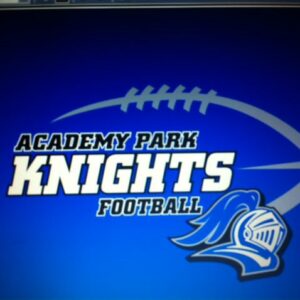 Sometime this fall, Chichester and Academy Park high schools are hoping to play a football game against one another. But exactly when, and even if it will happen, is uncertain.

The two schools were scheduled to face off at Academy Park on Saturday, September 18. But that game was postponed in the aftermath of a shooting following the game between host Academy Park and Pennsbury on August 27.  Eight-year-old Fanta Bility of Sharon Hill was killed and her sister was wounded.

On August 31, Paul Amand, director of student activities at Chichester, received an e-mail from Jason Vosheski, his colleague at Academy Park, informing him the game between the two schools, which was scheduled for Friday night, September 17 at Academy Park, was being moved to the following morning, September 18, at 10:30 a.m.

The scheduled September 18 game was postponed in the wake of a “Safe to Say” complaint that was received by the Southeast Delco School District which includes Academy Park High School. The complaint required the district to close schools on Friday the 17th and cancel all extracurricular activities for the weekend.

According to Amand, Academy Park wanted to reschedule the game for this past Monday night, September 20, but Amand declined.

“I emailed Academy Park and the assigner (Bill Coates, who assigns officials for Delaware Valley League football games) acknowledging that I did not expect to be able to pull together resources to play Monday night for several reasons,” he told DVJournal in an e-mail.

Amand’s primary concern was security; specifically, whether adequate security measures would be in place at the stadium on game night. He said he also had concerns about having insufficient time to discuss the situation with parents and members of the Chichester School District School Board and was worried about a short turnaround time from a game that was played on Monday. Chichester is scheduled to play at Kennett on Friday, September 24. While no PIAA rule prohibits a team from playing two varsity football games in a five-day period, the practice is not recommended.

Amand says the two schools are working to get the game rescheduled on or before November 8, the last date of the regular season according to the PIAA calendar. If the game is not rescheduled, it could be forfeited, but as of now it is simply a game that has not been played.

“I wish we could have played them on Saturday, Sept 18th as scheduled but I know they had their reasons to cancel activities for that weekend. I hope we get to play them at another date and time,” said Chichester Superintendent Dan Nerelli, Ph.D., superintendent. Nerelli blasted the writer of an earlier article on this topic in a letter-to-the-editor in the Delaware County Times, that he said was inaccurate and saying that reporter was biased based on his Twitter posts.

The PIAA has enhanced its protocol for regular-season contests that are postponed in all sports, in part because there have reportedly been instances where schools have declined to reschedule postponed contests for reasons the PIAA deems unacceptable (such as avoiding a loss that would hurt a team’s chances of qualifying for the postseason). The organization strongly encourages member schools to reschedule all postponed contests.

The regulations read as follows.