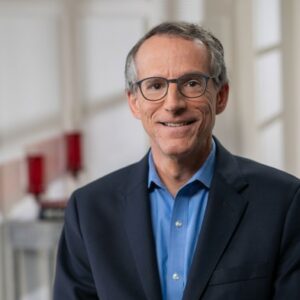 Under the banner “Hope. Liberty. Common Sense,” Chester County Chamber of Business and Industry president Guy Ciarrocchi is launching his bid to be the Republican nominee for governor.

A South Philly native, Ciarrocchi is well known in Pennsylvania political circles for his work behind the scenes. He played a key role, for example, in the successful push earlier this year to pass ballot questions limiting the governor’s emergency powers. Now, he says he’s ready to take center stage.

Ciarrocchi told the Delaware Valley Journal the other candidates in the gubernatorial race are not talking about the issues he thinks are important.

“Local businesses and employees need help and, more importantly, they need hope,” said Ciarrocchi, 56, when asked why he decided to run for office. “Parents need more good choices for schools for their kids because every child needs an opportunity to succeed. And because our cities should be places we should all want to visit, not places that we flee from. And for Republicans, it is important for the Republican Party to explain not what we’re opposed to…but what we’re for and to offer people some hope and a path going forward.”

Since the COVID-19 pandemic began small businesses have struggled.

“There are serious problems facing small businesses and the people who work there,” said Ciarrocchi. “There’s an incredible workforce shortage that is crippling some industries…There is a deep anxiety among the parents of school children as to what the future of their schools is going to be, the quality of education and what they’re learning. And those are the things that I think most of us care about.”

He also cited his experience in both government and the private sector as another plus making him the right candidate for the governor’s job.

Ciarrocchi, who holds degrees from St. Joseph’s University and Villanova Law, worked as a deputy attorney general, in a private law practice, and was chief of staff for state Sen. Melissa Hart, U.S. Representative Jim Gerlach, and Lt. Gov. Jim Cawley. He also was executive director of the Pennsylvania Coalition of Public Charter Schools, regional director for the Bush-Cheney ’04 campaign, and regional director for the Department of Housing and Urban Development (HUD).

Ciarrocchi noted chambers are “small businesses,” too, and “we are all faced with our own realities of how to keep our businesses afloat.”

“Prior to the pandemic, Chester County had an unemployment rate of 2.9 percent,” he said. “At the depth of the pandemic and the lockdowns, we were at 11.9 percent. Those are historic numbers. And Chester County is the strongest economy in the state and had one of the most vibrant economies in four decades.”

But all that changed precipitously.

“I am the first Chester Chamber of Commerce president to hold a meeting where people cried,” he said. “I mean, there was, by the time we hit May and June (2020), absolute despair in the voices of small business people. And people that could not transfer to be digital or on Zoom, the barber shops, the diners, the restaurants, the comic book stores, the antique shops.”

“I was profoundly moved by that and I know that as we come out on the other side, many of those businesses were hit the hardest,” Ciarrocchi said. “Most of them have still not gotten back to the pre-pandemic levels of operation.”

“I’m very excited (about the campaign) and very much looking toward getting out on the road and being with folks and being able to share my story,” Ciarrocchi said. He hopes to “learn from people across the state.”

Ciarrocchi is taking a leave of absence from the chamber and will be traveling the state to talk with people. Ciarrocchi will make a formal announcement after the November 2021 election.