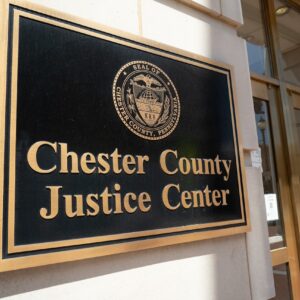 In a stunning move, Pennsylvania Court of Common Pleas Judge William Mahon ordered the removal of all five Democrats on the West Chester Area School Board on Tuesday in a dispute over the district’s mandatory mask policy.

Mahon wrote his decision was a “procedural result” of the school district attorneys’ failure to comply with a March 15 court order instructing them to respond to a removal petition filed by upset mother Beth Ann Rosica, who has children attending school in the district.

Because of that, West Chester Area Board President Sue Tiernan and board members Joyce Chester, Karen Herman, Kate Shaw, and Daryl Durnell — all supporters of increasingly unpopular mask mandates — are now out of jobs. Meanwhile, the district’s legal team is looking to address the procedural gaffe on the back end.

It is unclear whether Mahon will entertain their arguments as to why the district did not follow the deadline order. The parties now have seven days to provide to the judge a list of names of five replacements, according to the order.

However, school district attorneys filed a motion for reconsideration, arguing the deadline for a response was actually April 4, WHYY reported. The motion asks the court to vacate the order and reinstate the board members while allowing district attorneys until April 4 to file a written response to the petition.

The judge’s initial ruling is a stunning move considering that Rosica, who has no formal legal training, faced long odds of getting the board members removed under the Pennsylvania Public School Code for favoring masking policies amid the global coronavirus pandemic.

She and another mother, Shannon Grady, mobilized parents in other districts to take similar action against school leaders. They said in their petitions mask policies caused students “permanent and irreparable harm” by “fabricating, feigning or intentionally exaggerating or including a medical symptom or disease which results in a potentially harmful medical evaluation or treatment.”

“I was kinda crying and happy and laughing,” said Grady, who is awaiting the outcome of a petition calling for the removal of Downingtown board President LeeAnn Wisdom, Vice President Caryn Ghrayeb, and board members Jane Bertone, Joyce Houghton and Audrey Blust. “I’ve never been in court before, and that’s why it’s so funny. So many parents reached out to attorneys, and none of them took this route. It just shows what perseverance can do. There are ways for the people to have justice. This could change the landscape.”

“It’s very gratifying to have the judge rule in our favor,” she said. “It’s been a long two years of feeling like we’re not heard by our school board. This was a way to hold them accountable for the decisions that they’ve made.”

The judge scheduled a hearing for 9:30 a.m. Friday to hear the reconsideration motion. Rosica said she is prepared to move forward with presenting her case if the judge decides to give the district another chance.

“We feel we have a valid legal argument,” she said. A provision in the code allows residents to push for removal of board members who “refuse or neglect to perform any duties.”

The mothers were emboldened by a Pennsylvania Supreme Court ruling in December that said Democratic Gov. Tom Wolf’s administration had no legal authority to require masks in schools and child care centers. West Chester continued to impose the mandate even after the ruling declaring the state’s policy unconstitutional.

The justices did not touch upon whether districts could enact such policies. Instead, they focused on the Department of Health’s limited scope of authority to protect public health so long as it did not “act by whim or fiat in all matters concerning disease.”

In a message to parents Tuesday night, West Chester Superintendent Bob Sokolowski said attorneys for the district were “in the process of preparing a substantive response” to the mothers’ claims in the petition.

He did not say why the district’s legal team didn’t meet the initial deadline to file a response to the removal petition.

“While we do not have all of the answers at this time, please be assured that the West Chester Area School District and I remain deeply committed to the mission of educating and inspiring the best in our students,” Sokolowsi said. “As many of you who have emailed or spoken with me over this past year know, I strive to connect with each and every member of our community to answer questions and address concerns in a timely manner.”

Mahon’s decision comes after a federal court judge in another case in the Perkiomen Valley School District in Montgomery County issued an injunction keeping the district’s masking policy in effect after school leaders relaxed it to optional in January.

Parents complained the school’s decision violated the Americans with Disabilities Act (ADA) because immunocompromised children were more susceptible to contracting and dying from the respiratory disease that has claimed millions worldwide.

The judge in that case, Wendy Beetlestone, wrote that district leaders faced “excruciating choices” trying to keep students and staff safe from the virus while ensuring everyone has equal learning access. However, by March 14, Beetlestone had reversed her decision and ruled that Perkiomen Valley students and staff no longer had to wear masks.