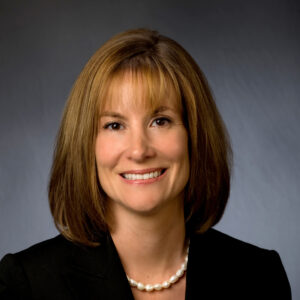 Chester County Commissioner Kichline Not Running for Another Term

With Chester County Commissioner Michelle Kichline not running for re-election, candidates are already announcing bids to replace her.

Kichline is about to enter the last year of her second elected term. She was appointed in 2014.

“I was pretty clear with party leadership; I’m one of those people who believe in term limits,” she told the Delaware Valley Journal. “By the end of next year, I’ll have served nine years. It’s a little bittersweet.”

While she is uncertain what her next step will be, she does not rule out running for another elected office in the future.

“I’m not sure what the next chapter will be,” said Kichline. “I’m sure it will include some sort of public service. At this point, I don’t have any plans.”

“I’m most proud of the work we’ve done in Chester County on the heroin and opioid addiction crisis,” Kichline said. “That’s something I’ve been working on since my first year as a commissioner. I went around talking to people and realized how this is affecting people. And it didn’t matter their income or education. It was really before people realized what a problem we have.”

She has also been a champion of economic development in the county and also of preserving open space. The two go hand-in-hand, she said, since many people want to work and live where there is open land to enjoy.

The open space program was started by Republicans 30 years ago, Kichline said. “And we are nationally recognized for preserving farmland and open space.”

“We don’t necessarily have the density and overdevelopment as some of our neighboring counties,” said Kichline.

Also, Chester County has maintained its AAA bond rating and started a program to lure more tech entrepreneurs and start-ups to set up shop there. Kichline has been part of the initiative known as Venture ChesCo, which works with Ben Franklin Partners. The program invests $4 million, half by Ben Franklin and half by Chester County, in new tech companies and those looking to apply new technologies to their existing business operations.

Running the county is like running a business, she said. There are 2,400 employees and a $60 million budget.

She announced her decision not to run again now so that others can campaign in 2023.

One candidate is Dave Sommers. He is a secondary educator in social studies with the Archdiocese of Philadelphia. He said he would reject harmful interference, mandates, restrictions, and closures for schools, businesses, and places of worship. He will work to preserve the historic character and natural beauty of Chester County. And reject wasteful spending and promote conservative fiscal policies. In addition, he promises transparency and will ensure election integrity.

Roe, who plans to kick off his campaign on the courthouse steps Dec. 3, hopes to “see Chester County become the most family-friendly, business-friendly county in the nation someday.” He wants to make it more affordable to live here” while also preserving Chester County’s landscapes and preventing overdevelopment.

Kichline has also fought for improved transportation, including the new train station in Paoli and another station coming to Coatesville.

Kichline grew up in Chester County after her parents came to the U.S. from Hungary. After graduating from Conestoga High School, she earned a B.A. in political science from the University of Pennsylvania and went on to study law at Temple University. After clerking for Judge Stanley R. Ott in Montgomery County, she worked at Wistler Pearlstine.

Kichline lives in Berwyn with her husband Michael. They have two children, a daughter, 24, and a 21-year-old son. Once she leaves office, she hopes to have more time to exercise and also take art classes.