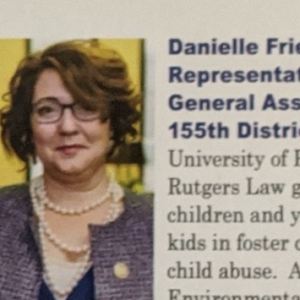 If you’re holding a seat for PA State Rep. Danielle Friel Otten at the next Rutgers Law grad reunion — she’s not coming.

In fact, according to Rep. Friel Otten’s official state house bio, she attended West Chester University of Pennsylvania (class of 2000) and received her B.S. in kinesiology. She also has a certificate in hospitality marketing from Cornell. 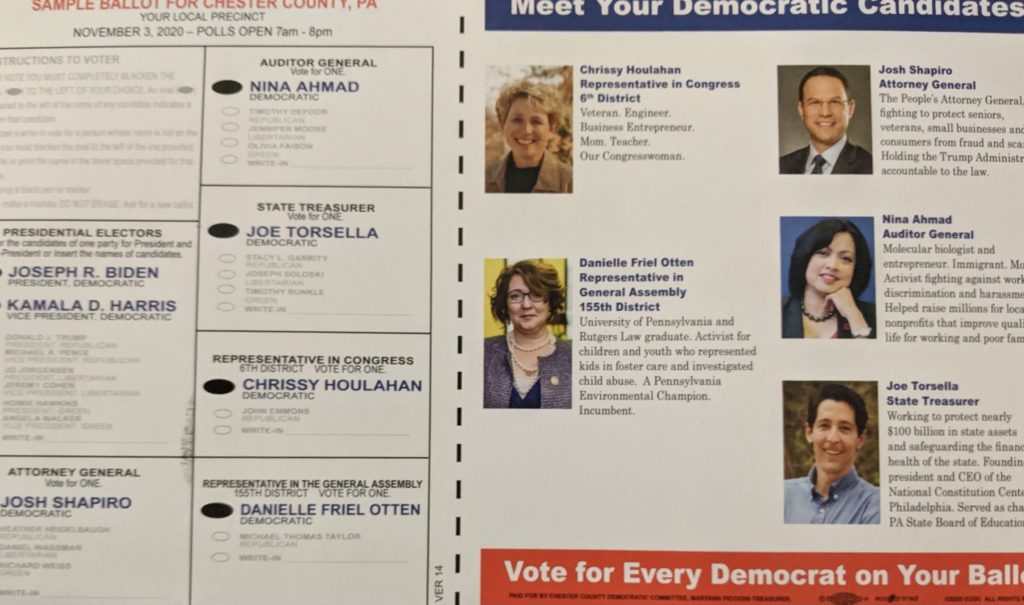 “Our graphical design firm somehow switched up the biographies between our two candidates and it wasn’t picked up in the proofing process,” Chester County Democratic Party chairman Dick Bingham told Delaware Valley Journal. “We did 15 different versions for the county, and they swapped out the photo but not the biography.”

The state rep with the Rutgers Law degree is Rep. Kristine Howard in District 167.

“It has come to my attention that campaign materials were printed and distributed by the Chester County Democrats that included my photograph and name with Kristine Howard for PA State Rep’s profile information, in error. This was a mistake and I am sure that the Chester County Democratic Committee will do their part to correct their mistake. We were not consulted to proof before production and were not aware of the piece.”

Bingham made it clear the Friel Otten campaign played no role in the error, but he acknowledged the outspoken progressive has been involved in more than her fair share of controversies.

“She doesn’t do anything half-heartedly,” Bingham said. “She does it full throttle.”

And sometimes, critics say, she crosses the line.

Her aggressive opposition to the Mariner East 2 pipeline drove her to compare the workers on the project to Nazis. When the Pennsylvania Energy Infrastructure Alliance tweeted that a gathering of Friel Otten’s fellow pipeline opponents were preventing workers from getting to the job site, Friel Otten tweeted back: “The Nazis were just doing their jobs, too.”

Friel Otten first responded by claiming to be a victim of misinformation “manufactured and stirred up by media consultants who are paid by the oil and gas industry.” Eventually, under pressure from the Anti-Defamation League and her fellow Democrats, Friel Otten  apologized for her “poor choice of words.”

Bingham says the Chester County Democratic Party reprimanded Friel Otten at the time. “It was an unfortunate comment, one that I’m sure she regretted having made.”

Political mail is particularly important during this COVID-19 campaign season for candidates like Friel Otten unwilling to do door-to-door campaigning. “I personally don’t feel it’s right to impose on people by showing up at their doors,” she told the New Yorker magazine. “It’s really less about the health risk and more about the public perception.”

Her Republican opponent Michael Taylor — a graduate of Temple Law School — laughed off the campaign misprint. “My only problem with her bio is that it still reads ‘State Representative from District 155,’ but I hope we can correct that, too.”