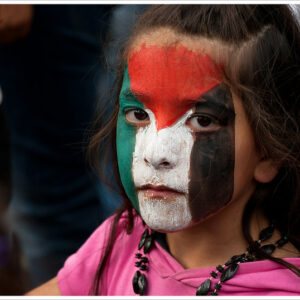 CHERRY: Not All Underdogs Are Worth Cheering

In the battle against the Palestinians, irrespective of whether they’re in Gaza, the West Bank, or within Israel’s 1967 borders, the roles seem clear. The Palestinians, with rocks, bottles, and unguided missiles are clearly the underdogs, and the Israelis, with drones, precision artillery, and the Iron Dome are the bullies. We see on our devices the crumbled ruins, the bloodied corpses, and the disproportionate body count. Our reaction, understandably, is outrage. How can we support the underdogs, stand up to the bully, and balance the asymmetry?

For the past two years, I’ve been a congregational rabbi. But I spent the previous 18 years teaching on college campuses. With the exception of a handful of philosophy classes, discussions of truth and universals are out of fashion. On what basis can we Americans, then, critique another culture or political system? Who are we to say that prohibiting women from an education, or criminalizing homosexuality, or enshrining one particular version of religion is wrong? At the most, we can say it is not the American way.

The Palestinians are the underdogs in this battle. But not all underdogs are worth cheering. The ideology of Hamas, which governs Gaza, precludes the presence of a sovereign, non-Muslim nation in what it considers to be eternal Islamic jurisdiction, dar al-Islam. Shortly after Israel withdrew from the Gaza Strip in 2005, Hamas established control and funneled international aid to further its primary goal of destroying Israel.

Whatever the factors that triggered this current flare-up, they are not its cause. Israel was able to forge peace with its neighbors, Egypt and Jordan, when the leaders of those Arab nations signaled their willingness to co-exist. The Arab nations involved in the Abraham Accords have acquiesced to Israel’s existence and are cooperating on economic ventures. Even the West Bank, ruled by the secular Fatah party, has been largely conflict-free since the Oslo Accords.

The cause of the conflict with Hamas is nothing other than Hamas’ rejection of Israel’s right to exist. Their adherence to an anti-modern religious ideology prevents them from anything more than coming to the table to negotiate a temporary truce in bad faith. As we have seen repeatedly, once Hamas judges that incremental gains can be made toward their ultimate goal, rockets rain and terror ensues.

It is unhelpful when countries like the United States say that “Israel has the right to defend itself.” The platitude must be code for something more since every country has the obligation to protect its citizens.  As we have seen, not even the Iron Dome can protect Israel from barrages of hundreds of missiles at a time. As Israel engages in offensive strikes, the goal cannot be only to disable Hamas for the time being.  Mobilizing the reservists while the country is under siege dictates that Israel significantly degrade Hamas’s ability to threaten Israeli citizens for the foreseeable future.

Enter asymmetry. In previous conflicts, Hamas was guilty of hiding caches of weapons in kindergartens, hospitals, and mosques.

Hamas considers this a win-win proposition. Either their weaponry is preserved, or they show the world that the Israeli disregard for civilized norms demands international intervention.

Images of imploding buildings are possible because the cameras are trained where the Israelis have notified Palestinians of an impending strike so they can evacuate the building.

Hamas recklessly houses some of its operations in high rises where news agencies also have offices.  Another win-win for Hamas—they’re protected, or the news agencies are embittered toward those destroying their offices.

Comparing civilian casualty rates is macabre, but it does allow some perspective. During periods of heavy fighting in Iraq in 2006 and 2007, between 26,000 and 29,000 civilians were killed each year.   They were not intentionally targeted, nor are the hapless Palestinians who are victims of Israeli strikes and errant Palestinian rockets.

The only party intentionally targeting civilians is Hamas.

They are the underdogs. For now, that’s just the way they want it. 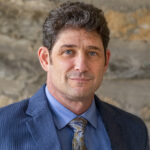 Shai Cherry is the rabbi of Congregation Adath Jeshurun in Elkins Park. He has served on the faculties of Vanderbilt University and the University of San Diego