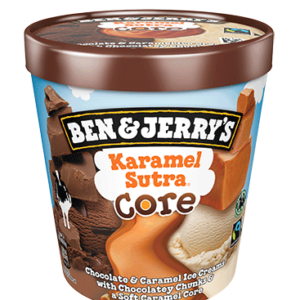 My Dad was on the last boat that left Danzig, Poland for America before the Germans invaded in 1939. Almost his entire extended family was massacred by the Einsatzgruppen, the Nazi’s mobile murdering units when the Germans invaded the Russian-controlled part of Poland in 1941. In my home, there were no German appliances and in our garage, no German cars. We weren’t the only Jewish family to boycott German products. Buying a Mercedes Benz seemed like a betrayal.

Things are different now vis-à-vis Germany. But the logic of boycotts remains sound. Why support a company that pays taxes to a government whose policies you find objectionable? (Unless, of course, it’s your own!)

Ben and Jerry’s recently announced that it will stop selling ice cream in the “Occupied Palestinian Territory” because it is inconsistent with their values. I suppose their boycott is aimed at denying profitable products to producers and merchants in the West Bank and, perhaps, East Jerusalem. The conspicuous problem with their logic is that more than 75 percent of that population is not connected in any way to the Israeli government. The boycott disproportionately targets and hurts Palestinian Arabs.

This is virtue signaling at its worst. Look at Ben and Jerry’s Ice Cream coming to the defense of the Palestinian Arabs! Let’s not forget we’re talking about Karamel Sutra, not armored personnel carriers.

It is tempting to call out the hypocrisy of this recently concocted narrative. Why, for instance, was there no indignation about the “Occupied Palestinian Territory” from 1948 to 1967 when the same piece of real estate was part of the Hashemite Kingdom of Jordan?

The Boycott, Divestment, and Sanctions Movement (BDS) is not about historical niceties. It is about the rejection of a sovereign Jewish state in the land that was once part of Islam’s empire. That’s the second reason to lament Ben and Jerry’s announcement. Its one-sidedness fuels maximalist Palestinian claims that ignore the Jewish narrative that links the people of Israel to the Land of Israel for three thousand years.

The third reason to reject BDS is that it is, indeed, antisemitic to single out Israel, the only Jewish state, as the purveyor of a uniquely sinister evil. Some Arabs and Muslims want the world to believe that Israel is the worst offender of human rights, and therefore worthy of unparalleled opprobrium, but it’s propaganda. The Chinese government, according to the U.S. State Department, is engaged in genocide against the Uyghur Muslims: concentration camps, gang rapes, torture, and forced sterilization. Just this week, Secretary of State Blinken named five additional countries guilty of atrocities or genocide, including Iraq and Syria.

Israel fights to survive in a tough, unwelcoming neighborhood. There are occasional crimes of excess, but the Israel Defense Force, contrary to the propaganda, is a paragon of ethical restraint.

BDS hurts Palestinians (and Israeli Jews), is one-sided and antisemitic. But the Pennsylvania law that state Rep. Aaron Kaufer would like enforced is overbroad. It’s one thing to prevent Pennsylvania state agencies and affiliates from selling Chunky Monkey. But Act 163 (formerly House Bill 2107) legislates a secondary boycott that calls for cutting business ties to companies that continue doing business with Ben and Jerry’s.

Shai Cherry is the rabbi of Congregation Adath Jeshurun in Elkins Park. He wrote this for Delaware Valley Journal.