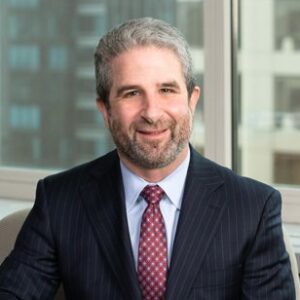 Update: Joel Fishbein has stepped down as president of the board but will continue to serve on the school board for the remainder of his term.

If Facebook posts are a barometer of public opinion, Cheltenham Township is in turmoil over remarks by the president of the Cheltenham School Board at the June 3 high school graduation.

In his commencement speech, Joel Fishbein told a story about Frederick Douglass found in Letters from an American, a newsletter by Boston College history professor Heather Cox Richardson.

Fishbein spoke about Douglass’s life as a slave, where he eventually became a skilled worker, and of Douglass’s subsequent escape to freedom. Douglass went on to become a famous activist, author, speaker, and leader of the abolitionist movement prior to the Civil War.

In fact, Douglass is so renowned that British Prime Minister Boris Johnson recently gave President Joe Biden a framed photograph of Douglass on Biden’s first visit to England as president.

In his remarks, Fishbein said, “It was enslavement but within that existence, it was a pretty good position. His peers in the cotton fields of the Deep South were beaten like animals, being sold down the river, a term that refers to slave convoys that traveled down the Mississippi River from lands in the east to brutal plantations in the harsh fields of Mississippi and Louisiana.”

Fishbein issued a letter of apology on official letterhead the same day as his remarks. “I greatly diminished his situation–the fact that he was enslaved and suffered all the indignities, danger, and trauma borne of slavery (himself and for multiple generations).”

Fishbein said he told the story of Douglass’s escape to “encourage graduates to take risks and to create change. I hurt many of you on one of the most important days of your lives.”

More than 100 people have taken to Facebook to react to Fishbein’s remarks. While many were angry and called for his resignation, some defended Fishbein and said that his apology should be accepted.

Elon Kaplan said, “How is he still the president of the board, let alone even a member at this point? As a lifelong resident and taxpayer, I am embarrassed and mortified by his actions.”

John Lutz told Kaplan that it was “simply” because Democrats refuse to vote another Democrat off the board.

“In this changing time in our community and country, what people say and do matters,” said Summer Teel. “I respect the fact that he apologized because many have done worse and not apologized nor do they have any intention to do so. We all have made mistakes and done things we wish we could take back but did we learn from them? The test for him is, did he learn from his?”

“For me, the issue is not that he said it and apologized, it’s that he sat down, wrote it, edited it, practiced it, maybe had friends or colleagues look over it, and then stood in front of lots of people in our community and still had no inkling that it was not OK until after POC (people of color) once again did the exhausting work of pointing out the issue,” said Kristina Denzel Bickford. “To not know, in this day and age, that this argument is, to say it lightly, problematic, is what is concerning.”

Fishbein did not return a call from DVJ for comment.  However, Board Vice President Pamela Henry spoke for the district, in which 54 percent of the students are African American, and said that she was “shocked like many members of the community” by Fishbein’s words and experienced a “range of emotions” as he was speaking.

“First, confusion,” she said. “I didn’t know where Mr. Fishbein was going with the topic. I was somewhat hoping there would be a transition to something more positive and meaningful for the students. And, like many members of the community, I was hurt. That was not a topic that was entirely appropriate for graduation.

“The context was inaccurate. I was also hurt and confused,” Henry said. “I know Mr. Fishbein well. He’s thoughtful. He cares about our students and the equity that’s been done in the district. That was also the reaction of many in the community.”

The district edited the tape of the graduation so that students would be able to re-watch it to hear the other speakers without being “further traumatized.” But the unedited version is available, through its website for “transparency.”

The edited version bears a disclaimer saying in part that a portion was removed because it “reflects a white-washed account of the systemic, violent subjugation of generations of African Americans, and denigrates and trivializes the horrors, trials, and tribulations of the enslaved, as well as …those who were able to escape enslavement.