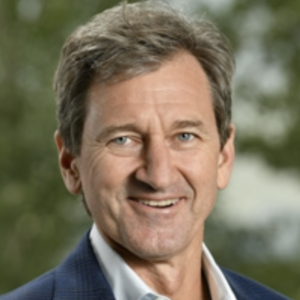 “Cheap, reliable, and clean.” Those three words will make or break the energy industry in Pennsylvania — and beyond.

That’s according to Dr. Scott Tinker, director of the Bureau of Economic Geology at The University of Texas and founder of the non-partisan, non-profit Switch Energy Alliance. He was the featured speaker at a roundtable discussion this week hosted by state Senator Gene Yaw (R-Bradford, Lycoming, Sullivan, Susquehanna, and Union).

Tinker began his discussion with a warning that he would likely upset some of the lawmakers, cabinet secretaries, and industry leaders in the audience, both from the “pro-green” and “pro-fossil fuel” sides of the discussion.

“Some want to say either ‘climate change’ or ‘the economy,’ but I don’t like to think of it that way,” Tinker added. “Environment, energy, and economy, we’ve got to bring those things together. Because energy underpins the economy, it allows it to grow. And the economy allows us to invest in the environment.”

Tinker’s argument, one also made by global climate experts like Bjorn Lomborg and William Nordhaus of Yale University is that economic prosperity leads to a cleaner environment. The wealth generated by Pennsylvania’s energy sector helps support economic growth that has led to a reduction in greenhouse gas emissions.

“One-third of the world – 2.6 billion people – cook in their homes with wood, dung, charcoal, or other biofuels. It kills three million people every single year. Just breathing indoor particulates and other diseases that come along with that. That’s more deaths than COVID caused in 2020, and it’s so solvable.

“I’ve been in 65 counties, without exception, the worst environments in the world are where it’s poor. They just don’t have the resources to clean it up,” Tinker said.

Meanwhile, America’s carbon emissions have declined even as energy consumption has risen. “From about 1997 to 2007 our CO2 emissions had flatlined. The Great Recession caused a dimple (reduction in energy), but consumption went back up while emissions went down,” Tinker noted.

“Why did this happen? We started replacing coal with natural gas along with a mix of state policies for renewable energy. The CO2 Emissions reduction goals of the proposed 2015 Clean Power Plan (CPP) were met in 2020, a decade ahead of schedule,  without the CCP. You can thank renewables and natural gas.”

But is relying on natural gas, specifically the shale in Pennsylvania, a sound policy? According to Tinker, there are 27,200 active wells in the Marcellus Share region; there could be as many as 106,500 wells.  “Less than 8 percent of the technically recoverable natural gas has been drilled,” Tinker said.

“There is not enough solar and wind to meet the demands of the tech sector alone. Globally we are still at 60 percent oil and gas, while only 3 percent solar.”

The future of energy Tinker says is “growing the radical middle but growing equitable and sustainable energy.”  What that means in Pennsylvania lies in the hands of consumers and policymakers.