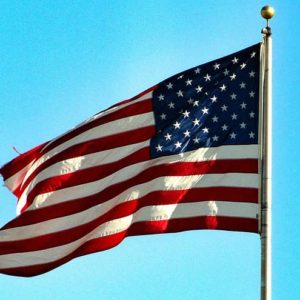 Celebrating Independence Day in the Era of Protest

Will weeks of daily protests since the death of George Floyd give way to the annual Independence Day holiday?

On Saturday — the Fourth of July — millions of Americans will unfurl the Stars and Stripes at a time when many of their fellow citizens are refusing to stand in its honor, instead taking a knee to protest “the Republic for which it stands.”

Can Americans be protesters and patriots at the same time?

Some say the demonstrations, often led by Black Lives Matter, are their own form of patriotism. Protesting has a long history of bringing about social change.

Others see statues of America’s Founders falling and say the protesters are radicals trying to destroy their country.

According to the latest Gallup Poll on national pride, patriotism appears to be on the wane. The number of Americans who say they are “extremely” or “very proud” to be Americans is the lowest since Gallup began asking the question in 2001. While two-thirds of Republicans say they are extremely proud, just 24 percent of Democrats agree.

Two Democrats on the Montgomery County Board of Commissioners unequivocally said they were still proud to live in “the greatest nation on earth.”

“I think people should certainly still be patriotic, and one of the things I’ve been proud of throughout this pandemic is how much people have rallied to help their neighbors,” said Commissioner Ken Lawrence Jr.

“I’d be curious to see what those [polling] numbers look like here in Montgomery County,” said Dr. Valerie Arkoosh, chairwoman of the board. “My sense is just the opposite,” from the notion that patriotism is at an all-time low.

David Almasi, vice president of the conservative-leaning National Center for Public Policy Research, says “now more so than ever” is the right time to be celebrating the founding of America.

“Of all of the governments in the world’s history, we are the one that has actually grown and adapted to circumstances,” Almasi told InsideSources. “So, yes we are a country that was founded [to deal] with actual current events that are happening right now, where people are talking about slavery, talking about racial intolerance, because we are a nation who had that in our founding.

Almasi, whose group also represents conservative black Americans, says he believes that most Black Lives Matter protesters are patriotic — though he questions the motives of the leaders. He also said he knows people in the rank-and-file and considers them very patriotic.

Terrence Hayes, a VFW spokesman, says his group also believes most protesters are legitimately concerned about racial equality and aren’t destructive to the American image.

“The ones who are peacefully protesting to hopefully end the racial injustices that are going on in this country are definitely patriots without question,” he told InsideSources.

But then there are those who take a diametrically opposing view.

Robert Knight, a conservative author and columnist, says patriotism in America these days “means defending the United States against unwarranted attacks on our national character,” and Black Lives Matter is “basically at war with everything good and decent in America.”

“In an era of sustained, relentless attacks, I think it’s our patriotic duty to remind people why America is the freest, most prosperous country in history,” Knight told InsideSources. “It’s a time of ‘wokeness’ when we’re supposed to see anything less than full-blown support of any radical movement as an insufficient amount of zeal for fixing what’s wrong.”

And, according to former House Speaker Newt Gingrich: “As we watch radicals tear down statues, deface monuments, intimidate people who want to stand for the national anthem, and demand the firing of people who write or say something deemed inappropriate to the Leftist Anti-American Theology, it is utterly clear that many Americans today hate America.”

David Canton, an associate professor of history and director of the Africana Studies Program at Connecticut College, has strong views about patriotism and the legitimacy of Black Lives Matter.

“A patriot is an engaged and informed citizen, who’s a critical thinker, open to other perspectives, non-judgmental,” Canton told InsideSources. “In other words, your patriotism is geared by ideas — ideas and information — and not rooted in jingo, not rooted in feelings, of flags, fireworks, names.”

“Oh, without a doubt. If you look at the history of democracy, African Americans are the foundation of making this country close to democracy — if you look at the Civil War, the civil rights movement, Black Lives Matter, etc.” he said.