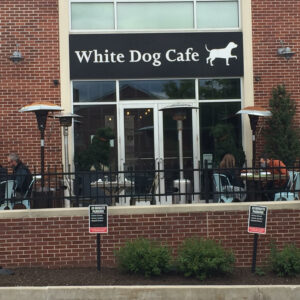 Posted to Politics May 10, 2021 by Annalisa Vivona

When Gov. Tom Wolf lifts the statewide COVID-19 restrictions (other than mask mandates) on Memorial Day, it will mark 434 days since he first issued his order that all “non-life-sustaining businesses” close in response to the pandemic.

Wolf’s decision to lift the order came as a minor surprise, and a major relief, to Delaware Valley businesses that have spent those 434 days struggling to survive. The restaurant industry has been particularly hard hit.

In December 2020, the National Restaurant Association surveyed 6,000 restaurants nationwide. Of those surveyed in Pennsylvania, 41 percent saw a decrease in sales, and 88 percent of those restaurants predicted their decreased sales to continue for another three months. In addition, 45 percent of the Pennsylvania restaurants expect to close by June 2021. And 89 percent said they have had below-average staff since COVID-19 started.

This is due to the lack of staffing, Furtado said. “Restaurants are in a position where they’re trying to hire right now, but there’s just nobody looking to work in the restaurant industry.”

“Some people did not feel comfortable returning and working in an environment where you’re in close contact with unmasked people,” she said. “Either they didn’t feel comfortable for themselves, or they had a loved one at home like an elderly parent.”

And then there was the uncertainty about restaurants reopening ag all. “A lot of restaurants were permanently shutting down because [of finances]. So a lot of people just left the industry,” Furtado said.

“Prior to COVID, [The Creative Living Room] had programming morning and midday. We had after-school programming and a pretty robust summer camp.” When COVID hit, it had to cancel its winter and spring programming. It also had to convert its entire summer camp into a virtual program and ended up refunding about 70 percent of its revenue from the summer camp.

The Creative Living Room is a nonprofit organization, and the money it receives for the summer camp makes up the bulk of its budget for the rest of the year. A budget that Oster says went down 50 percent.

“Programming-wise, it stayed as robust as it would normally have in a totally new way for teaching artists. Financially, it was devastating,” Oster said.

As for lifting the restrictions, “We’re taking a wait-and-see approach,” Oster said.

“We will most likely keep the majority of current standards we see in schools and what we’ve bulleted on our website for families about camp,” Oster explained. “Because as an educational institution working with kids and families, [they] cannot jar families with a massive change to what they already know practically what’s going on every day with their kids going into school.”

Live events such as Comic Con were canceled during the pandemic, but Gervais is looking forward to planning those live events again.

“Opening indoor event capacity is very exciting,” Gervais said. “It’s how wrestling and Comic Con make money.” While he is optimistic about the future of his businesses, he plans to “always put the safety of fans and our customers first.”