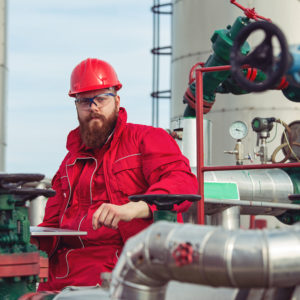 CASTOR: The Key to Unlocking Our Country’s Energy Bounty Can be Found in the Keystone State

While Texas and the other Gulf States often dominate the narrative around energy production, one of the most vital locations for domestic energy production lies in the mid-Atlantic region. Pennsylvania is home to an enormous amount of natural resources that are integral to the energy supply of our country. Despite being one of the top 10 states in natural gas, petroleum and electricity consumption, Pennsylvania is the third-largest net exporter of energy in the country. The Keystone State has also seen its gas reserves quadruple in the last 10 years, thanks to the increased development of the largest natural gas field in the U.S., the incredible wonder, Marcellus Shale.

The war in Ukraine has highlighted in neon the danger of reliance on foreign—and often hostile—nations for energy production and delivery. The Biden administration’s embargo on Russian oil, coal, and natural gas was a necessary decision in response to its invasion of Ukraine. The administration’s recent announcement that it wants to send more U.S. natural gas to Europe is the next logical step, but because of longstanding and misguided opposition to energy exports, that entire effort could be hampered by the lack of terminals for shipping the gas.

European Union leaders backed plans to buy gas jointly if the United States supplies it, but the lack of immediate infrastructure capacity (frankly, the ability) to fulfill our promise makes it all largely symbolic, unless we act now.

There is good news, however.  Learning of this strategic deficiency provides an opportunity to reinvest in America’s energy sector we should not waste. The legacy of pushing aside the oil and gas sector while simultaneously talking about the need for energy independence is inconsistent and doesn’t work.  We must seize the opportunity to strengthen our country’s economy and energy security.  Placing faith in Saudi Arabia or the UAE will not solve our energy dependence, but domestic production and infrastructure can do so.

Pennsylvania is poised for this chance. The Mariner East pipeline system currently transports natural gas liquids across the state, delivering energy across Pennsylvania and throughout the southeast. As of February 2022, Mariner East 2 and its parallel counterpart Mariner East 2x have completed the final step in the construction process and is now awaiting commissioning. These pipelines generated 9,500 construction related jobs per year over six years, as well as $122 millionin generated taxes for the commonwealth. Continued reliance on foreign energy resources going forward could never come close to producing the same amount of economic benefits as these domestically produced resources and pipelines have already proven attainable.

Pipelines are shown to be the safest, most technologically advanced method of transportation for petroleum and natural gas liquids. In order to continually verify the Mariner East pipeline system, there are certified controllers who monitor the pipeline 24 hours a day, seven days a week. In addition to these precautions, an automated system is also detects potential leaks and can shut down the pipeline automatically.

In January, two protesters temporarily halted the construction of the new pipelines when they trespassed on the property and locked themselves onto the equipment. Not only have the systems been proven to operate safely but trespassing on an active construction site increases the very risks these protestors want to limit. As foolish as these acts were then, they seem even more foolish now given the state of domestic and global affairs making increased production a strategic national security issue for all Americans and our allies.

Now is the time to invest in Pennsylvania’s natural resources and encourage new infrastructure projects as the Keystone State continued to be a driving force in our nation’s domestic energy production. The solution to our country’s energy crisis is not turning to adversarial nations abroad, nor in letting our allies rely on countries that oppose us. The answer is at home, and Pennsylvania should lead the way.

Bruce L. Castor Jr. was appointed as the first solicitor general of Pennsylvania in 2016 and served as acting attorney general later that year. He served as district attorney and county commissioner in Montgomery County.