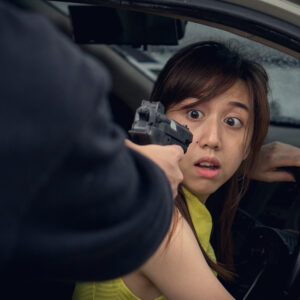 Carjackings Soar in Philly, Not in the Suburbs — Yet

Carjackings have become an epidemic in Philadelphia.

The numbers tell the story. In the past three-plus years, carjackings within the city have risen from 224 in 2019 to 840 last year. As of February 7, there had been 154 carjackings so far this year, an average of better than four per day. If that trend continues, the city will be on pace to record nearly 1,500 carjackings in 2022.

Concerns have arisen about the carjackings and associated violent crimes spilling over into adjacent communities.

Bucks County District Attorney Matt Weintraub says he is not seeing that happening, at least not yet. Part of the reason is the fear of tougher enforcement and the likelihood of jail time.

“I hate to put this out into the universe for fear of a jinx,” he said, “but we have not seen an increase so far. I’m hoping that remains the case.”

The Delaware Valley Journal asked Weintraub what he believes is causing the spike in carjackings beyond Bucks County’s borders.

“I think there’s just an air of permissiveness or laxity in certain jurisdictions that do not exist here in Bucks County,” he said. And hopefully, without trying to take too much credit that’s not due, the message has been conveyed pretty loudly and clearly, that if you’re going to commit a crime of violence in Bucks County we will investigate you, we will arrest you, and prosecute you and send you to jail for a long time.”

Weintraub says he believes criminals understand the ramifications of being charged with a violent crime in Bucks County.

“There certainly is an underground communication network among the criminals,” he said. “They know where the borders are, and there are some by chance that comes across borders. We have some of our own criminals to deal with in Bucks County, but we have not been negatively impacted by spillover from counties with lesser enforcement.”

“We don’t have anywhere the volume of carjackings that they are having in Philadelphia,” he said. “However, it is starting to become a problem. It is a problem mostly in the areas that immediately border Philadelphia.

“The reason it is not a problem in the collar counties so far is the criminals don’t pay that much attention when they’re very close to a border, (but) they definitely know the difference between when they’re in the heart of Montgomery County and when they’re in Philadelphia. And they know if they get caught carjacking in Philly, there is going to be very little penalty. If they get caught carjacking in any of the collar counties, they’re going to state prison for a really long time.”

Hogan says he believes carjackings are spiraling in Philadelphia for two reasons.

“The carjackings are being used for drive-by shootings,” he said. “You jack the car when you’re about to do a drive-by because you certainly don’t want to do it in your own car; surveillance will pick it up. And the other reason they are carjacking cars is that they are always running from the police.

Patrick Molloy has spent his entire career in law enforcement in Abington Township. He has been the township’s chief of police since February 2018.

“We’ve had three carjackings (recently),” he said. “They range from back in mid-November until just this past Sunday afternoon. One was in North Hills, one was at the Willow Grove Mall and the last one was in Jenkintown by the Acme.

“I’ve been here 28 years, and I don’t remember any carjackings in my career,” he said.

Molloy says closing classrooms in response to COVID-19 contributed to the problem.

“I think a number of issues may be converging,” he said. “Not the least of which would be the fact that we have a bunch of juveniles who should have been in school and had informal guardians in the high schools and middle schools keeping tabs on them or helping them out. We have a bunch of idle kids who are supposed to be in front of a computer, going to school.

“I think the second thing is this new bail reform which has sent a message that despite having a violent crime committed, or committing a crime with a gun (suspects), oftentimes receive low cash bail to no cash bail,” Molloy said.

“You see a backlog in the courts because of COVID. And the backlog is having people who should have been in court and receiving their sentences or some kind of probation or monitoring from the criminal justice system, that’s not happening,” said Malloy.

In contrast to Philadelphia’s no-pursuit policy, Molloy says his officers will pursue a carjacking suspect, but not at the risk of public safety.

“We have a risk matrix where it comes to pursuits,” he said, “and certainly nothing is worth a third-party innocent victim getting T-boned because we’re chasing somebody for a property crime, or it just doesn’t fit within our policy. There are a number of variables that take place when we’re making a decision.

“We will pursue, that’s partially correct, but we also don’t advertise the fact that we’re going to terminate that pursuit because the risk of injury to the public outweighs the benefit of apprehension,” he said.