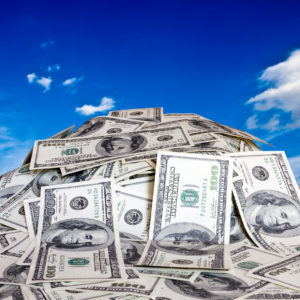 A California-based “dark money” group has dumped almost $200,000 into Pennsylvania elections as part of a strategy to use local races to advance its national green-energy agenda, Delaware Valley Journal has learned.

As a result, GAP is using its money to influence local races in hopes of achieving similar goals. “Unfortunately the Federal government is currently pursuing policies in the wrong direction,” reads a statement on the GAP website. “However, in many policy areas, progress is possible at the local and state level.”

And because GAP is registered as a nonprofit, it doesn’t have to reveal the source of the funds it’s donating to these local Pennsylvania races — the main criteria for “dark money.”

Tens of thousands of dollars of that money has flowed to Pennsylvania, funneled through green groups like Conservation Voters of PA Victory Fund and Food & Water Watch.

For example, campaign finance records show a May 13 donation of $30,000 to Conservation Voters of PA. Two days later, the group spent the entire sum on “phone calls and texts” in support of Paul Friel in Chester County’s House District 26; Lissa Geiger Shulman in District 30; and Nicole Miller in District 87. All three are Democrats running in contested primary races.

Because Conservation Voters of PA had only $500 cash-on-hand at the beginning of the reporting period and accepted no other donations during that time, GAP is clearly the only source of funds for the campaign activities benefitting the three candidates.

Independent expenditure committees (IEC) like Conservation Voters of PA can take unlimited donations and spend an unlimited amount advocating on behalf of a candidate. An IEC, however, cannot give directly to a candidate’s campaign committee and there are limits on coordination between the two.

Conservation Voters of PA also has a PAC which can donate directly to candidates. That PAC made a $15,000 donation this year to Rep. Summer Lee, a democratic socialist in western Pennsylvania.

In 2019, GAP represented just over 45 percent of Conservation Voters of PA’s total fundraising.

This interest in local Delaware Valley races by GAP and its affiliates is nothing new. In 2018, one of GAP’s founders, Michael Kieschnick, personally endorsed Chester County’s Danielle Friel-Otten and donated to her state house race. With the help of a $20,000 contribution from Conservation Voters of PA, Friel-Otten won an unexpected victory.

This year Friel-Otten is endorsed by the newly created IEC Food & Water Watch, which has received $48,000 from GAP.

The candidates selected here likely got a significant boost, he added.

“Money talks, and early money shouts,” Gerow told Delaware Valley Journal. “And particularly in a low-visibility primary, which these all have been. That’s a lot of money, potentially because it gets you before voters in your primary electorate that the other candidates may not be able to reach because of lack of resources.”

He said pumping a few thousand dollars in these smaller races right before a filing deadline mirrors a strategy that billionaire George Soros has deployed effectively in district attorney races around the country, including a successful bid to boost Larry Krasner’s campaign for Philadelphia district attorney.

Delaware Valley Journal asked all three candidates if they had any objections to this dark-money assistance, but emails to the campaigns were not returned. Request for comment was also not returned from the Green Advocacy Project and Conservation Voters of PA.