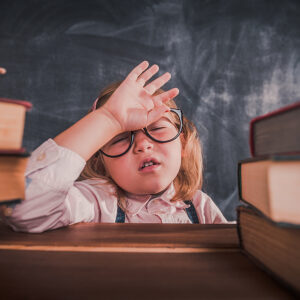 CAIAZZO: Mandatory Summer School? If So, We’ve Failed Our Kids

Sending Delaware Valley kids to class over the summer would just be the latest example of our public schools failing our children.

Start in Philadelphia proper and work your way into the surrounding counties and you’ll find elementary and high school kids who’ve been stuck behind a screen with minimal daily in-person social interaction since March 16, 2020. Even worse, there has been no sense of urgency to get them to fully return in-person.

The powers that be in education locally have had 11 months to figure out a strategy, and the best they could come up with is the likely outcome of having kids attend summer school in-person. While there is still no definitive decision, the Pennsylvania House of Representatives held hearings on the prospect of summer school last week as a way to catch kids up before their next academic year begins in autumn.

The adults are the ones who have closed the door on kids learning in-person and some kids are obviously falling behind under the remote learning model. The prospect of summer vacation (from school) is completely ruined because the adults in the room failed to act for nearly a year.

So, if kids are in summer school, does the idea of a 2021 vacation completely evaporate? How about businesses that rely on high school kids as customers or staff?

Lisa DeVicaris, owner and director of Adventureland Day Camp in Bensalem, says if school was in session during the summer, “that would be catastrophic for us because a parent would basically have childcare for free” during Adventureland’s entire season of operation. The camp relies on high school kids to make up their staff during the summer. With a population of campers between ages five and 15, there is little chance a day camp could survive in a school district with kids in school during the summer.

Summer camp also provides valuable social experiences and offers kids the opportunity to learn different skills they might not otherwise learn in school. “We are a traditional all-outdoor day camp,” explains DeVicaris. “The summer of 2020 was actually an advantage for us” because kids were longing for interactive experiences after having not been in school from mid-March to the time the camp began.  “We are also all outdoors. We took kids and staff temperatures and followed all of the protocols.” As a result, no cases of COVID were spread from Adventureland.

But, DeVicaris warns sending kids to summer school to play catch-up before starting the next grade better be decided on quickly and not last minute. If the decision requires kids to be in school during the summer months, businesses like Adventureland require time to financially prepare. Their fate cannot be the same as that of a restaurant during the last weeks of 2020 when the governor shuttered indoor dining, forcing an entire sector to lay off their staff during their busiest season. The pay scale for camp counselors would also shift dramatically without high school-aged kids being able to fill some of the camp’s roles during the summer.

Many, including DeVicaris do not believe it will come to summer school to catch kids up before they start the next academic year.  But, state Department of Education Deputy Secretary Matt Stem says summer is “absolutely one space many districts are looking at.” Democrat state representative and education committee chair Mark Longietti thinks “in many cases that’s (summer school) going to be necessary. We don’t want to see kids behind on grade level.”

Considering how little information has been available to the public from Pennsylvania government officials from the governor at the top to the local school boards at the bottom, it would not be surprising if summer school was deliberated and decided on without input from the students or their parents. As per usual, there will be an economic impact from a decision like that.  The question is – do the Department of Education, the governor, or the state legislature even care?

Based on the last 11 months of leadership — probably not.