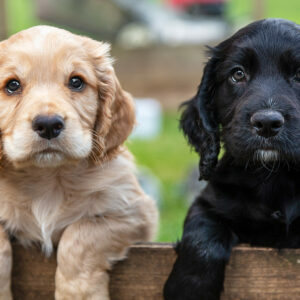 With Christmas fast approaching, furry friends are often an exciting gift parents can give to kids. But some families who pay for a puppy leading up to the holidays may never receive one. The biggest culprit: Puppy scams.

According to the Security National Bank, a puppy scam is a scenario where a buyer wired money through a third party, typically through untraceable apps such as Venmo or Cashapp. Once the buyer has sent the money, they are left without a pet and the seller cuts off all communication.

With more than 1,400 cases, a study found Pennsylvania ranked eighth in the nation in puppy scams, coming in behind New York and Colorado. The study reported people who tried to buy puppies lost a little over $1,200 per puppy. Pennsylvanians lost a little under $52,000 in total due to the con.

The first is to consider adopting a pet from a local shelter like the ASPCA or a local breeder where you can visit the pet in person before purchasing. The second is to be wary of dealers who may be selling sick pets. Rhoads mentioned the Unfair Trade Practices and Consumer Protection Law, a legal provision that protects Pennsylvania citizens from purchasing sick animals and requires all pets to receive a clean bill of health before purchase.

She discouraged would-be pet parents from buying online through ads that offer incredibly low prices for popular breeds, as well as those that ask for transportation costs to be covered via third-party apps. Rhoads also warned high-pressure sales tactics such as demanding immediate payment to “reserve a puppy” should be considered suspicious.

Len Donato, a veterinarian with Radnor Veterinary Hospital in Wayne, said dog breeders can be problematic and recommended adopting a pet from a shelter instead.

“There’s a bazillion animals that need to be adopted,” Donato said. A client who had been scammed by a dog breeder and never received their promised puppy came to him about eight months ago asking for help. Some breeders are unethical, he said. Another big problem that he has seen is puppies with various genetic problems that breeders should have known about and not allowed the parent dogs to reproduce.

He also will not recommend any breeders to clients.

“I wouldn’t buy from a breeder,” Donato said. “This is really where adoption is better.”

Rhoads said if anyone believes they have been scammed or given a sick puppy they should contact the Pennsylvania Attorney General’s Office.