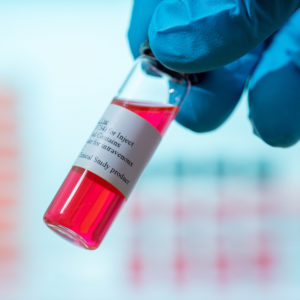 BucksCo Health Director: Marches Could Be Instructive for Moving Forward

The Bucks County health department director said Wednesday the county has not seen a spike in coronavirus cases in the wake of local marches and rallies protesting the killing of George Floyd by a Minneapolis police officer.

Dr. David Damsker also stressed a few more days of data gathering are needed to know for sure if the mass gatherings caused additional spread of the coronavirus — but the early results are encouraging.

If the trends hold up, it could be a guide for how much social and economic activity can be safely allowed, whether this year as the county is hoping to move to the “green” reopening phase soon, or next year if the virus resurfaces and no vaccine is in hand.

“This is something [protesting] people felt like they had to do,” Damsker said during a streamed news conference. “We allowed people to those protests.”

“And if we find that there’s not a lot of spread — or any spread — [because of] people wearing masks and people paying attention to that, that’s really good,” he said. “We know that information, that will help us moving forward.”

Calling his reasoning “practical epidemiology,” Damsker also said the recent case of two barbers in Missouri who were doing business against government orders proved to be a helpful experiment, even if wasn’t strictly scientific.

“They cut people’s hair while they were symptomatic, but they were both wearing masks. And the people were also wearing masks who were getting their haircut. And they tested a bunch of people after that and none of them came back positive. So, again, that’s something we didn’t want to happen. But now that it happened, we can take something good out of it.”

Damsker said the county has put questions about protest attendance into its contact tracing questionnaire.

The state health website shows cases peaked in the county on April 30 and are now hovering usually well below 100 per day, and Damsker believes that is part of a new “baseline.” 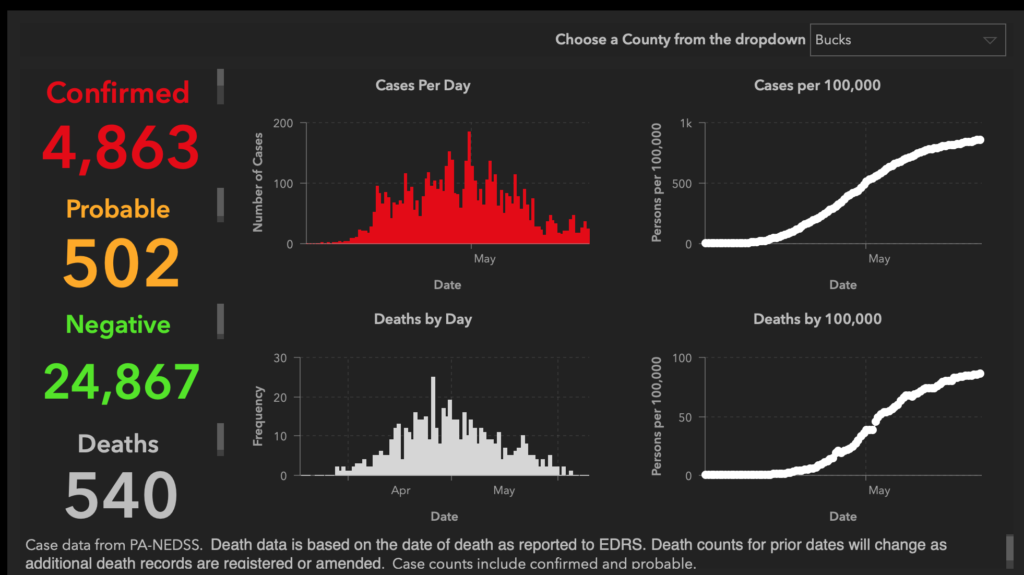 “We will probably see the same numbers of cases that we have today, and tomorrow, and the next day for many, many weeks to come.”

Additional data from the state show five counties in all that are failing to meet the criteria of “stable, decreasing, or low case counts”: Chester, Erie, Dauphin, Perry and Susquehanna.

“Jeanne Casner, Chester County health director, attributed the high positive rates to the department’s decision to focus testing on areas that needed the most attention,” the Philadelphia Inquirer reported Thursday.

If the data from Bucks holds up, it might not match up in the long run with Philadelphia which saw much larger protests. And even how the protests went down might cause differences in the spread.

“Things like yelling, speaking loudly, chanting can increase the number of droplets that are exposed,” said Abby Rudolph, an epidemiologist at Temple University told NBC 10 in Philadelphia. “Police tactics like teargas and pepper spray increase the risk of coughing and expelling mucus and droplets in the air.”