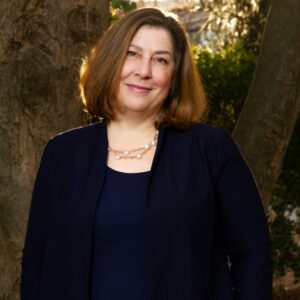 Joe Hogan is in his last year at Temple University’s James E. Beasley School of Law, and he says there is no better time to run for the Pennsylvania House. He is a Republican candidate for the 142nd Legislative District seat being vacated by GOP state Rep. Frank Farry, who is running for state Senate.

“These opportunities don’t come all that often,” said Hogan, who turned 34 last month.

And so, after years of working for the late Congressman Mike Fitzpatrick (R-Bucks) and as a program director at Bucks County’s redevelopment authority, Hogan hopes to enter public service, representing the Langhorne-area district of about 65,000 constituents.

“Frank Farry has done an excellent job being present. He’s out in the community. Everyone knows who he is,” Hogan said. “You gotta show up, and you gotta be responsive to your constituents. If I can make their lives a little bit easier dealing with state government, then I’ll be a happy camper.”

Hogan grew up in Levittown and attended Conwell-Egan Catholic High School. He lives with wife Janita in Langhorne. He expects to be challenged for the seat by Penndel Borough Councilman Mark Maffa, a Democrat who lost both mayoral and council races last year.

Hogan has bachelor’s and master’s degrees from Penn State University and spent most of his career in community and economic development. In 2010, he lost a primary race for a seat in the 141st House District to Kevin Glasson.

At the Redevelopment Authority of Bucks County, he learned how to navigate the “legal gray area” of a blight-reduction project in Bristol Township that led to the restoration of “hundreds of thousands of dollars in taxes” to the municipal rolls from former nuisance properties. And the authority helped pump millions to municipalities in Parx Casino impact grants through a program Tomlinson helped create that pays for brick-and-mortar projects, like upgrades to aging municipal infrastructure and the purchase of fire trucks and police tasers. 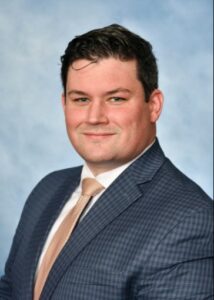 Americans are feeling the pinch, as fuel and food are more expensive because of the “supply-chain crisis,” Hogan said.

“I’m seeing firsthand what absent American leadership can do to the world’s stage, how it can impact human lives,” he said.

A lifelong Republican with an independent streak, Hogan does not “agree with towing the party line on every issue,” but strives for steady, consistent leadership.

“People out there are more interested in getting more Twitter followers or getting on the talk shows than they are governing,” Hogan said. “They’re not paying us to be showmen that are just going to get more impressions on social media.”

Running for office was not on Ann Marie Mitchell’s “to-do list,” but she is doing it anyway.

The married mother of two and onetime state representative candidate comes from a working-class family and was the first person in her family to graduate from college.

The longtime Northampton Township resident is running against Farry for the Sixth District seat because a divided Harrisburg needs healing and compromise, a skill she’s crafted over decades as a business attorney.

“I see a need in the community that isn’t answered. You have to be prepared to do the work yourself,” the Democrat said. “I think that it’s easy for people to run when the wind is at their back and everything is in their favor. The measure of a person is to do the work when the work’s needed and not when it’s easy.”

Nothing has come easy for Mitchell, who endured a turbulent upbringing to make the most of her opportunities.

Her father, a World War II survivor, came to America as a teenager, became an electrician, and ran his own business. Her mother was a teacher who also worked as a bookkeeper to help the family make it financially.

Growing up, Mitchell experienced domestic violence in her household and “knows firsthand the impact” of generational trauma.

“It informs who you are, and overcoming it depends on how you’re hardwired,” she said. “Some people can become very empathic, and some people can come out very hardened. You see people who are very resilient come out of horrible situations.”

Mitchell’s mother instilled in her the desire for community service, as she started out as a Girl Scout and Candy Striper. Education was also paramount in her family.

“It opens up a whole different world,” Mitchell said of her experiences, which inform her platform revolving around creating clean energy, advocating for increased mental health awareness and support, and increasing access to affordable healthcare.

The latter was her focus when running against state Rep. Wendi Thomas (R-Richboro).

“I am nothing but real,” Mitchell said. “I am more about collaboration, cooperation, and finding the commonalities for jumping off. People can reach consensus, and you sometimes have to lean into difficult conversations.”