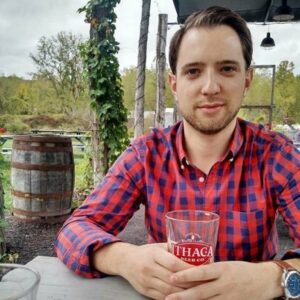 A Bucks County employee already embroiled in controversy over his partisan politics is now in hot water over a profane tweet targeting Republicans in Congress.

Eric Nagy is director of policy and communications for Bucks County. His background is working as a Democratic political operative. And it showed when, amid the GOP’s battle to pick a new Speaker of the House, Nagy tweeted, “House Republicans simply can’t decide which sniveling little s**t they want to get behind, but they are determined to keep trying.”

Nagy is a longtime party functionary who has served as a Democratic committeeman. He has a long history of working on Democratic campaigns, including those of Bucks County Commissioners Diane Ellis-Marseglia and Chair Bob Havie. He joined county government after the Democrats took control in 2019.

According to his LinkedIn page, Nagy’s specialties are political organization and campaign management, not public health or county government.

Now he is at the center of an ongoing scandal over Bucks County’s refusal to release documents that might confirm the county’s COVID-19 policy was issued not by county Health Director Dr. David Damsker but by Nagy.

Damsker proposed more parent-friendly, less-restrictive guidelines for the county’s schools. But his recommendations were overridden, replaced with stricter state guidelines for masking, quarantines, and vaccinations. Data indicate the new guidelines came from Nagy. Bucks County is still in court fighting open records requests for more information about this case.

“While Mr. Nagy is free to express his personal opinion on his own time, even a distastefully worded one such as this, I am concerned that he did so on the taxpayer’s dime,” said Bedillion. “The timing of the tweet suggests that he made it while in the course and scope of his employment as Bucks County’s director of policy and communications. One would hope that his bosses, Bucks County commissioners Diane Ellis-Marseglia and Bob Harvie, would hold him accountable if he did so. However, given that Mr. Nagy served as campaign manager for the Democratic commissioners, Ms. Ellis-Marseglia and Mr. Harvie, and appears to have been awarded his current position as a political favor, that does not seem likely.”

Despite being in the public information business, Nagy did not respond to a request for comment.