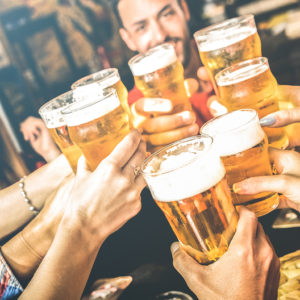 Bucks County Health Department Director Dr. David Damsker on Thursday defended a Facebook post by the county from earlier in the week, a post to which many citizens responded by commenting they felt it was a threat.

“Nothing will be more welcome than sitting down to a meal and a beverage at a favorite bar or restaurant when Bucks County goes green,” the county’s post began. “And nothing can spark a COVID outbreak faster than an establishment that ignores the distancing safety rules. Our Health Department inspectors will be watching closely.”

“How nice of the county to directly threaten it’s (sic) business owners like this,” one Facebook commenter said, drawing 31 likes.

Like the other counties in the Delaware Valley, Bucks moved from the “yellow” to the “green” phase of reopening on Friday, meaning restaurants, for example, can move from outdoor dining allowed in yellow to the green allowance of having diners seated indoors, but only up to 50 percent of the establishment’s normal seating capacity.

I want Pennsylvanians to — as safely as possible — get back to the activities they most enjoy.

Remember that as long as #COVID19 is a threat, no social activity outside your home where you will run into others is completely without risk of catching this virus. pic.twitter.com/Y7OeoqNl02

Damsker stressed that bars and restaurants that serve liquor are under licensing authority by the county, and said bars especially are at a high risk of creating a coronavirus outbreak.

“Look, we know bars and restaurants have been through a lot, “Damsker said. “We know they’ve been closed for a long time. We want them to thrive, we want them to succeed.

“We put specific guidance out from the state — which we agree with — about bars, no one should be served while they’re standing. That’s how you get a real crowd of people standing shoulder-to-shoulder.”

“When people drink, they start making bad decisions. Even just a little bit of alcohol stops you from paying attention to your surroundings sometimes.”

Damsker says the county has been sending teams out to talk to owners of restaurants and bars in the evening hours in part just to check in, but also to help educate the owners of those facilities.

A sharp outbreak is one of the few things that could move the county back to the yellow phase, and in yellow, “bars and restaurants are one group most impacted by that,” Damsker added.

Amanda Havier, general manager of Hop/Scotch bar in Doylestown said her bar plans on easing into the new “green” rules.

“We have three different bars inside. We’re only opening one for seating for [Friday] to try and make it a little easier on ourselves,” she told Delaware Valley Journal.

And Havier says Hop/Scotch has had several interactions with the health department, and is appreciative of the work they’re doing.

“I had the health department in here today, they were here just so I could show them what we were doing and ask them questions that I needed answers to.”

Havier said the hardest part is getting customers to understand and accept the new rules, and said they can help restaurants and bars stay open if they remember that the government sets the rules — not the dining establishment.