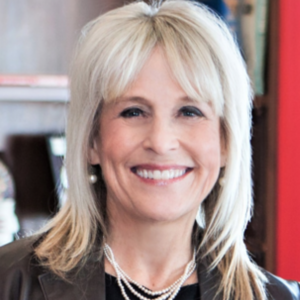 Is it insensitive to view nursing home infections differently when it comes to determining whether communities are safe enough to reopen local businesses? That’s the argument Montgomery County Chairwoman Dr. Valerie Arkoosh makes, and some Bucks County officials find it offensive.

Bucks and Delaware County advocates have asked Gov. Tom Wolf to take into account the disproportionate number of coronavirus cases in nursing homes when applying the metrics of his Red/Yellow/Green reopen strategy. They argue that nursing home residents are already in lockdown and those infections are highly traceable, so they don’t reflect the level of risk in the counties at large.

On Wednesday, Montgomery County Chairwoman Dr. Valerie Arkoosh became emotional while opposing the approach during an appearance before a panel of Democratic state senators.

“I believe that these individuals should be counted. First of all, they’re human beings. They are our parents, our grandparents, our brothers, sisters, aunts, and uncles. And I worry about someone ever saying someone shouldn’t be counted.”

“It wasn’t a very nice thing to say because it does” imply insensitivy, Bucks County Chairwoman Diane Ellis-Marseglia said. “And as one who has a mother in a nursing home, in a county nursing home, I’m offended.”

Gov. Wolf’s reopening plan uses three color-coded phases: a “red” lockdown zone, a “yellow” zone which allows some economic activity to resume, and finally a “green” zone, which would be a reopening.

To progress from red to yellow, a county must show an infection rate of less than “50 cases per 100,000 individuals over the course of 14 days.” Recently, the county has been averaging 139 new cases per day, CBS3 in Philadelphia reported.

All counties in the Delaware Valley are still red and many fear that as long as infection rates in nursing homes remain high, economic activity will be stalled until the fall. Many small businesses won’t be able to survive, county officials fear.

Fellow Bucks Commissioner Gene DiGirolamo followed up by saying that many have misunderstood last week’s letter to the governor, which asked for the review of the statistical metric and how nursing home infection rates were possibly adversely affecting it.

“And again, if you look at the letter [to Gov. Wolf], there’s nothing in that letter that’s dehumanizing,” DiGirolamo said

“I mean we care about these people. We are doing everything we can possibly do not only at our own nursing homes, but all the other nursing homes and the personal care homes in Bucks County, to assist them in any way that they need. Whether it’s personal protection equipment, or its extra staff, whether it’s locating people who would come in and help them if their staffs get sick — we care about every person in every nursing home — and any suggestion that we don’t care I think is just absurd. It really is.”

Delaware County is asking the governor to examine the exact same question, and a group of Republican lawmakers from Bucks also sent a letter to Wolf backing the commissioners.

The heart of the thinking from those proponents argues that infections at nursing homes, while concerning, pose less of a threat to how safely some economic can resume, such as retail.

“We didn’t have a problem with the math — 50 cases per 100,000 — but if you calculate that math with the nursing homes in there, it just looks like it would take months and months for us to be able to reach [Wolf’s metric],” Ellis-Marseglia said.

“And we weren’t recommending what the math should be, we just wanted the governor to take a look at that.”

“What’s really important is looking at who gets sick and why,” said Bucks County Health Director Dr. David Damsker.

“So we take who’s getting sick, we look at hospital capacity, and you look at the trends that we’re seeing — that’s the information that you look at as a whole. But you don’t pay attention to whether we’re getting 47 cases a day, or 93 cases a day,” Damsker added.

DiGirolamo argued that media reports suggesting Wolf was hostile to the idea were oversimplified, and is hopeful a dialogue will get going, although the commissioners haven’t formally heard back from Wolf.

“I don’t think the governor completely shut the door on allowing us to have a little flexibility,” DiGirolamo said.