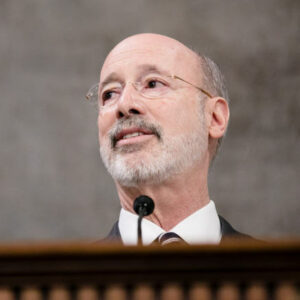 Both Biden and Wolf Want Tax Hikes. How Hard Will They Hit the Delaware Valley?

Nearly one year after the COVID-19 shutdowns ravaged Pennsylvania’s economy, the financial effects are still being felt. Governments have faced declining revenues even as the demand for public services has grown.

As a result, this has led to conversations about increasing revenue. And because the proposed tax hikes target top earners, they would hit the Delaware Valley region harder than any other part of the state. The four counties with Pennsylvania’s highest median household incomes are Chester, Montgomery, Bucks, and Delaware Counties.

At the federal level, Pres. Joe Biden is pushing a $3 trillion tax increase on corporate and individual income over the next 10 years. On the campaign trail, he pledged nobody earning less than $400,000 a year would see higher taxes. He has since amended that to households with $400,000 in taxable income — a significant difference.

“That’s a tax increase on small businesses. I think that needs to be part of the conversation,” said Sam Denisco, vice president of government affairs at the Pennsylvania Chamber of Business and Industry.  “The president wants to increase the tax rate at $400,000 and calls it a wealth tax, but pass-through companies pay that rate. When can we talk about S Corporations, LLP’s, and LLCs?”

Gov. Tom Wolf’s budget proposal contains multiple tax proposals, including a reduction in business taxes. “My plan cuts taxes for Pennsylvania business by 25 percent,” Wolf said when he released his budget spending plan in February. “No longer will we ask the businesses that power our economy to pay the highest rate in the nation.”

At the same time, he’s proposed changes to personal income taxes. How much more or less you pay under the Wolf proposal would depend on your yearly earning. Wolf would increase the Personal Income Tax (PIT) rate from 3.07 to 4.49 percent, but change the income levels at which it would kick in.

According to the U.S. Census Bureau, the median yearly income for a family of four in Pennsylvania is $103,857. That translates to an income tax burden of roughly $3,188. Under the Wolf plan, it jumps to roughly $4,663, a $1,475 increase. For the Philadelphia suburbs, the result would be an average income tax hike of $2,102 per year.

The free-market Commonwealth Foundation told DVJournal, “Increasing the income tax from 3.07 percent to 4.49 percent would result in a $1,500 tax hike for a family of four making the median family income. It would also hammer small businesses just starting to recover, as the increase would affect roughly 855,000 small business owners that pay the personal income tax.”

Putting the two plans together in Pennsylvania, Denisco says it’s, “a lot of money. We probably will have one of the highest tax rates in the world.” U.S. Rep. Dan Meuser (R-Dallas), who served as Pennsylvania Department of Revenue secretary under Gov. Tom Corbett, views this as a problem as well. “It’s not going to help anyone,” Meuser said. “Raising the pass-through tax on small businesses, eliminating the deductions…where is the theory that raising taxes, and having some of the highest tax rates in the world, is a good idea?  It is a little mind-boggling.”

There is also the added issue of corporate taxes. According to the Chamber of Commerce, the state has the second-highest flat corporate net income tax (CNI) in the county. Biden has proposed increasing the Federal Corporate Tax rate from 21 percent to 28 percent. While Wolf and members of the Republican-controlled legislature have both proposed lowering the CNI, the proposals call for a graduated decline.  However, there could be trouble with proposals from the last stimulus package, “There are ARP funds coming in from the federal government, and part of part of the contingencies for the state and I presume the local government would be that the government entities can’t use the influx of these rescue funds to offset any tax reductions,” Denisco said.

A report on the Wolf plan from the National Taxpayers Union sums it up this way: “A $6 billion tax increase proposal in Pennsylvania would yield the nation’s highest combined flat-rate income taxes.”

What are the chances families and businesses see these increases? The Commonwealth Foundation’s Nathan Benefield doesn’t see much of a future for Wolf’s plans in Harrisburg. “Thankfully, Wolf’s plans are likely dead on arrival in the legislature.”

The future of Biden’s plan likely lies in the Senate, where the president needs every Democrat to vote yes and force a tie-breaking vote by Vice President Kamala Harris. Will more moderate Democrats like Sen. Joe Manchin of West Virginia go along? What about Democrats facing competitive races in 2022, like Sen. Maggie Hassan of New Hampshire?

Democratic leaders have made it clear they want to raise taxes. The question is whether their party can find the political will to do it.