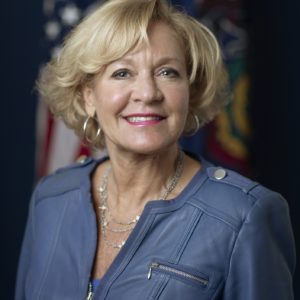 BOSCOLA: 2020 Certifies that Pennsylvania New Ballot Law Up To the Challenge

Elections are usually emotional events especially for the candidates and their supporters.  2020 was an election on steroids.  A hypercompetitive presidential election put on during a global pandemic — Hollywood could not script it better.

Pennsylvania added one more wrinkle to the storyline that placed even more pressure on the counties running our elections.  This Fall was the first general election using the new changes brought about by the passage of Act 77.

Act 77 permitted an additional 15 days for voters to register before an election, provided funding to counties for the  purchase of new voting machines, eliminated the straight party voting option, and gave Pennsylvanians 50 days before an election to cast a no excuse mail-in ballot.  At the time, Pennsylvania joined 31 other states and the District of Columbia in offering a no excuse vote by mail option.  Many of these states like Oregon have been operating robust mail-in voting options for decades without controversy.

Given all the rhetoric surrounding the election, it is easy to forget that this bill was passed on October 29, 2019 in a bipartisan fashion — well before anyone knew of something called COVID-19.  On final passage, more Republicans in the Pennsylvania State House and Senate supported the bill than Democrats.

Moreover, I can attest that no one expected that the mail-in voting provisions of the bill would play a leading role in the 2020 election.  In fact, at the time, safety was the primary concern, focused on our voting machines and needed security upgrades following what we learned in the wake of the 2016 election.

Fast forward three months.  COVID hits, we need to postpone our primary until June and suddenly our new, untested no excuse mail-in voting option becomes the cornerstone for holding a safe election.  During the primary, the demand for mail-in ballots brought to light some technical issues with the law that would have benefited from clarification by the legislature.  The one fix that garnered near universal support was the need to allow counties to pre-canvass ballots earlier than 7 am on election day.

Every county in Pennsylvania warned that without more time the results would not be known election night.  Counties also would have benefited from other key questions being answered, including:  Can counties use secure drop box locations to collect ballots?  Can a county official or representative call a voter and let them know their vote might not count because their return envelope was not signed or a secrecy envelope was missing?  Can a vote be counted if a return envelope is missing a date or the name of the county?

These are all fair and legitimate concerns and I was hopeful we would have been able to find some common ground to remedy them.

Unfortunately, we in the legislature were unable to come to an agreement about these issues.  Consequently, everyone turned to the courts as the secretary of state attempted to guide the 67 counties through implementation of this new law.  No disrespect to the Courts, but it is never prudent in my opinion to have them resolve elections.  Perhaps the most surprising lawsuit was the constitutional challenge to Act 77 raised at the conclusion of the election especially considering the broad bi-partisan support demonstrated for the law not less than a year ago.

From my perspective, the mail-in voting law is an overwhelming success.  We anticipated that interest in mail-in voting would grow incrementally as confidence in the process grew.  COVID-19 changed all that and the law proved up to the challenge. 2.6 million people cast their vote by mail this Fall, roughly 37 percent of all ballots cast in the general election.

Speaking for myself that number was beyond my wildest expectation when the bill passed in 2019.  I honestly wonder how many of those voters may not have voted this year without the ease of our new mail-in option?

As some elected officials continue to politicize our mail-in voting option, it is undeniable that voting this year was more secure, more convenient and safer than ever in large part due to Act 77.  I look forward to working with lawmakers to strengthen Act 77 and clear up the ambiguities.  It is good legislation borne out of an all too often forgotten and now maybe taboo word in politics, “compromise.”

Amending Act 77 will require us to step away from the noise coming from extremes of our parties and meet in the middle and I plan to have a role in making certain our voting laws do not go backwards.

When the bill became law, I was thrilled to be the prime sponsor.  Now, having seen the law in action, I am honored to have my name forever attached to Pennsylvania’s most significant voting reform in 80 years.

Lisa Boscola is a Democrat in the Pennsylvania State Senate representing District 18, including Lehigh and Northampton counties.