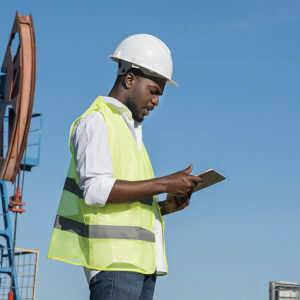 As the Biden administration marches on with its energy price-boosting climate agenda, it is disproportionately hurting the most economically vulnerable Americans and stifling their dreams of a better future.

In the current economy, people are doing worse than living paycheck to paycheck — they have to borrow to make it to that next payday! And the sad reality is that policies that raise energy prices have many of the same corrosive effects that the Jim Crow laws of America’s hurtful past had in keeping black families down.

Ironically, the administration fancies itself the champion of minorities. Instead of putting energy affordability first, as is recommended by Project 21’s “Blueprint for a Better Deal for Black America,” it has gone in the opposite direction by declaring war on domestic fossil fuels to fight climate change. Its answer for these communities is so-called “environmental justice” initiatives that assume struggling minorities want more environmental regulations rather than less.

Unaffordable energy costs can no longer be viewed as just an economic issue. It has become a human civil right issue. According to the latest Census Bureau data, the median income for Black families ranged from $48,297 nationally to $20,961 in Detroit. That means families are living off a monthly income of $1,700 to $3,000 at a time when gas prices in Michigan hit a high of $5.20 a gallon and winter heating bills are setting records. This is on top of the heavy effect on energy-dependent industries such as farming, transportation and manufacturing, which are evident in increased costs for food and other service industry offerings.

Despite the most recent inflation reduction numbers, most families across the country are experiencing year-over-year prices up at a minimum of 50 percent on all products at their grocery stores. This is self-inflicted pain unleashed on the American people by the administration, which even proudly announced America would feel some pain while transitioning to their green energy agenda. The only problem is that this pain includes human tragedies. Needless to say, the decline in the standard of living in so many low-income and minority communities can only be described as a Third World existence.

According to a U.S. Energy Information Administration study, one-third of American households struggle to pay their energy bills. One in five households report having to reduce or forego necessities like food or medicine to pay for heat and light. Tragically, the statistics are nearly double for low-income and minority households.

To make matters worse, this study is several years old and needs to reflect the energy prices experienced by Americans today.

But what’s even more damaging than the immediate economic effect of high electric and natural gas bills and expensive fill-ups at the gas pump are the barriers created to upward mobility. In so many ways, plentiful and affordable domestic energy is part of the ticket out of poverty and dependence. For example, the entrepreneurial spirit of the Black community is evident in the proliferation of Black-owned small businesses during boom times. These businesses struggle and sometimes fail under the weight of expensive energy.

Costly energy also means fewer industrial jobs that have historically led to the emergence of a vibrant Black middle class. Without these blue-collar gateway jobs, low-income and minority communities have fewer options to earn what is needed for homeownership and decrease the racial wealth gap.

The energy industry has long been a source of many well-paying jobs for Blacks looking to move up the socioeconomic ladder. In fact, the Department of Energy expanded job-training programs for more minorities to take advantage of the opportunities created by the fracking revolution. But these opportunities are now being reduced by a president promising to kill the American oil and natural gas sector and who spent the last two years doing all he can to make good on that promise. Yet he’s saying his concern for Black opportunity is the reason!

Worst of all, every extra penny poor families spend on expensive energy is a penny that cannot be saved for homeownership, educational advancement or other things that can help lift up the next generation.

It should be obvious that poverty — not pollution — is a greater threat. But the Biden agenda is willfully blind to this reality.

However, there may be some light on the horizon. Recently, I was invited to address members of the House of Representatives Committee on Energy and Commerce. There was remarkable engagement with this group of representatives. If this is a sign of where the new Congress is headed, we may have a bright future.