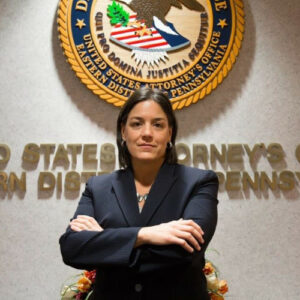 President Joe Biden announced recently that he nominated U.S. Attorneys for the Eastern and Central Districts of Pennsylvania. If confirmed by the Senate, Jacqueline C. Romero, who was nominated for the eastern district, will be the first woman to serve in that job.

Karam is a partner at the law firm of Mazzoni Karam Petorak and Valvano, where he has practiced since 1995. His practice focuses on complex civil and criminal litigation. From 1997 to 2001, he served as a member of the Criminal Justice Act Panel for the United States District Court for the Middle District of Pennsylvania. 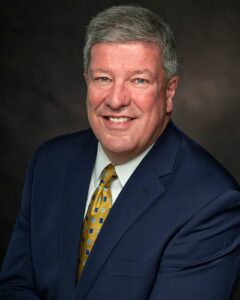 In bipartisan cooperation, Pennsylvania Senators Pat Toomey, a Republican, and Bob Casey, a Democrat, jointly recommended the two lawyers for the positions.

“Today, President Biden nominated two highly qualified people to serve the Commonwealth as United States Attorneys—Jacqueline Romero to serve in the Eastern District of Pennsylvania and Jerry Karam to serve in the Middle District of Pennsylvania,” said Casey. “U.S. Attorneys serve a vital role in keeping our communities safe, upholding the rule of law, and protecting the independence and integrity of the Department of Justice. For over two decades, Ms. Romero has dedicated her career to public service, including the past 16 years as an Assistant United States Attorney in Philadelphia. She brings a breadth of experience and an historic perspective to this role as the first woman nominated to lead that office.

Mr. Karam has spent his career fighting for equal justice for all Pennsylvanians,” said Casey. “He’s practiced in the Middle District since 1987, including a decade as the Chief Public Defender of Lackawanna County. As evidenced by their extensive legal careers, Ms. Romero and Mr. Karam will bring important leadership and independence to these critical roles, as well as a strong commitment to the safety of our communities and equal justice for all. I urge the Senate to confirm them quickly.”

“President Biden has selected two strong candidates to serve as U.S. Attorneys in the Commonwealth. Jerry Karam’s experience and commitment to the law have long served the Commonwealth, and his nomination to serve as U.S. Attorney for the Middle District of Pennsylvania is well deserved. Having served as an Assistant U.S. Attorney already in the Eastern District of Pennsylvania, Jacqueline Romero is well suited to lead the office. Her academic and legal background will similarly benefit the Commonwealth as she works to uphold our laws. I am confident both Karam and Romero will continue to be assets in defending the rule of law in Pennsylvania,” said Toomey.

“We are glad the administration has announced nominations for U.S. Attorneys to serve as our federal law enforcement partners in the Middle and Eastern Districts of Pennsylvania,” said Shapiro. “There is so much to be done to protect our communities, and we look forward to continuing our office’s deep collaboration with U.S. Attorney Romero and U.S. Attorney Karam.”

Shapiro added that “Romero will have unique capabilities to combat the gun violence tearing through our neighborhoods, and we look forward to her office prioritizing the revitalization of the Project Safe Neighborhoods Task Force, an evidence-based program that coordinates federal, state, and local law enforcement resources to focus on strategies to combat violent offenders causing the most harm in our communities. We also hope that under her leadership, the office works closely with all of its local, state, and federal law enforcement partners to increase its prosecution of serious violent crime cases in Philadelphia.