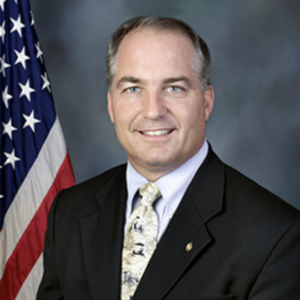 BENNINGHOFF: A Year of Lockdowns, a Horizon of Hope

Posted to Politics March 09, 2021 by DVJ Guest Author
March 6, 2021, marked an important anniversary in the Commonwealth’s response to COVID-19.

It was on that date, one year ago, following the first two presumptive positive cases of COVID-19 in Pennsylvania that Gov. Tom Wolf issued a disaster declaration that vested himself and his administration with an extreme amount of unilateral emergency authority that has not abetted to this day.

Over the past year, 944,196 Pennsylvanians have been diagnosed with COVID-19. While there has been a 91 percent recovery rate, we have tragically lost over 24,200 Pennsylvanians to this horrible virus.

Looking past those raw numbers, however, we also see the negative impacts of the heavy hand of government that has taken an unrecoverable toll on Pennsylvania’s families, businesses, and overall future.

Just 12 days after vesting himself with emergency authority, Gov. Wolf’s Department of Health issued a nursing home order that went above and beyond federal guidance to require—not just permit—nursing homes to readmit COVID-19 positive patients from local hospitals.

While it was clear early in the pandemic that our hospitals would not be overrun, this order remained on the books. A year later, more than half of Pennsylvania’s COVID-19 nursing home deaths are attributable to nursing homes.

Asked recently about the difference between the state mandate and the federal guidance, Wolf said: “I’m not sure. I just don’t know.”

Pennsylvanians deserve answers from their government as to why more than 12,500 vulnerable senior citizens died in nursing homes from this virus. That is why I announced that the House Government Oversight Committee will be investigating the administration’s handling of COVID-19 in nursing homes.

A day after the nursing home order was issued, a different problematic order came from the Governor’s Office that unilaterally and almost immediately shut down all non-life-sustaining businesses in Pennsylvania.

The confusion of this order was only compounded by an arbitrary and confusing waiver scheme that former Democratic Auditor General Eugene DePasquale said, “appeared to be a subjective process built on shifting sands of changing guidance, which led to significant confusion among business owners.”

It does not take an official audit to see that the order and waiver process has caused irreparable damage.

During our recent House Appropriations budget hearings with the Wolf administration, the Department of Labor and Industry noted 500,000 jobs have been permanently lost due to the economy-killing shutdown orders issued by the governor.

However, today, the horizon for Pennsylvania and the nation contains rays of abundant hope. Finally, things are starting to look better.

As other states are lifting mitigation measures and masking orders, as more vaccine becomes available, and as winter turns into spring and then summer, finally we can look forward to a return to normal.

In his recent State of the State address, Florida Gov. Ron DeSantis said, “While so many other states kept locking people down, Florida lifted people up.”

Republicans, and more than a few Democrats, in Pennsylvania have tried over the past year to do the same here. Unfortunately, those efforts to lift up Pennsylvanians were met with an inevitable gubernatorial veto.

But things are starting to look better.

Due to the work of the task force plans have been developed, at the urging of Republicans on the task force, to ensure traditional public schools open their doors as a pre-condition to prioritizing the vaccination of teachers and school employees.

Because of that task force’s work, all Pennsylvania public schools should be open for in-person instruction by the end of April in a way that keeps students, teachers, and support staff safe from COVID-19.

A year after the pandemic reached Pennsylvania, it is encouraging to see Wolf finally realize what DeSantis saw in Florida and legislative Republicans in the Commonwealth have been saying all along: It is better to find ways to lift people up than find reasons to keep people locked down.

That is what we in the House Republican Caucus are continuing to work toward.

While we continue to push for a commonsense swift reopening of Pennsylvania, we are also diligently preparing an economic recovery plan that will jumpstart Pennsylvania’s economy and lift up workers, families, and job creators.

It has been a tragically tough year for everyone and we have learned a lot. No one has gone untouched by this deadly virus.

Yet, as we advance toward a return to normal, we can all work together to build a better Pennsylvania for everyone.

State Rep. Kerry Benninghoff is the Majority Leader of the Pennsylvania House of Representatives. He has represented portions of Centre and Mifflin counties since 1997.  This originally appeared at Broad+Liberty.