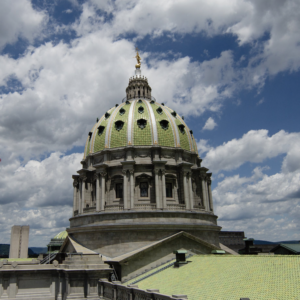 Wolf’s proposals, though, couldn’t be more detrimental to Pennsylvanians coping with the COVID-19 crisis. As the state’s Independent Fiscal Office recently projected, it will take six years for employment to recover from the COVID-19 crisis and Wolf’s lockdowns. And yet, Wolf offers policy prescriptions that would only worsen our economic plight. The governor hasn’t made any effort to control overspending throughout the recession. In fact, this year marks the fourth time that his administration dramatically overspent the approved budget, which was only approved in November.

As a lame-duck governor, Wolf’s latest call for tax hikes won’t go anywhere. But lawmakers have an opportunity to pursue an agenda that sensibly helps Pennsylvania’s communities and families.

The centerpiece of Wolf’s budget proposal is a 46 percent state income tax increase, hitting middle-class families and small businesses. Wolf should be remembered as the governor who proposed the largest tax hike in Pennsylvania’s history — during an unprecedented public-health crisis. Even when factoring in tax forgiveness, Wolf’s proposal is still a net $2.96 billion tax increase — or $232 per resident. For perspective, a family of four earning the statewide median income would see a $1,500 tax increase.

Wolf’s tax hike, unimaginable by any period’s standards, would fund public school districts. It’s a plan, largely, to fund empty buildings. As it stands, roughly 40 percent of districts remain physically closed, in many cases against parents’ wishes. Worse, Wolf’s plan would fund districts while stifling charter schools and scholarship programs. It’s a plan that fails a generation of children facing the devastating consequences of continued closures.

Wolf’s plan also overlooks the existing financial advantage of school districts, which already received more than $3 billion in emergency federal funding, maintained all state funding, and has sat on $4.6 billion in fund reserves. The spending increase occurred while enrollment declined by 50,000 students this year, as parents sought alternative educational options during the pandemic.

Lawmakers should respond to Wolf’s proposal by getting students back on track. This should include creating Education Opportunity Accounts, expanding Pennsylvania’s popular tax credit scholarship programs, and implementing a fair charter school authorization process to provide an excellent education for all.

From small businesses to education, the General Assembly should enact policies that challenge Wolf’s harmful ideas. His policy agenda would leave a legacy of more government spending, higher unemployment, and greater economic woes. Pennsylvania can’t afford this outcome. After all, we continue to lose residents fleeing to other states for better economic opportunities.

Lawmakers should embrace policies that help businesses rehire workers, jump-start our economy, and support families. This would include reopening businesses and restaurants; providing tax, regulatory, and liability relief for local small business; and privatizing the government-run liquor system. It would also require protecting Pennsylvanians from tax hikes, such as those proposed in Wolf’s budget. The best way to accomplish this goal is passage of the Taxpayer Protection Act, limiting the growth of state spending to match taxpayers’ ability to pay.

In short, it’s time for the General Assembly to enact its own agenda — one that launches a race to rebuild and cares for Pennsylvania’s kids and communities. 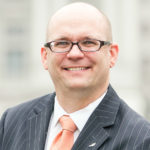