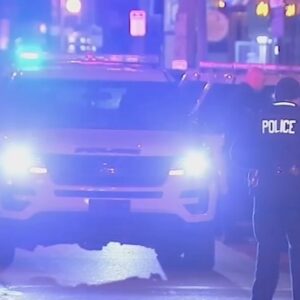 BAUMLIN: Why Can’t We Live in a Safe City?

There are many solutions, but they all require working with faith, neighborhood, and union leaders as well as with the police commissioner and the families of victims. As a leader, not recognizing a problem does not make it go away. It just makes the problem worse.

Gun violence is not just about the homicide numbers, but also about all the shooting victims, their families, neighbors, and our city. We want to live in a city where we can say hello to a stranger and look them in the eye without fear of being shot for no reason. We want to live in a city where you can honk your car horn without fear of being murdered at the next traffic stop due to road rage. Enough is enough. Gun violence affects us all.

I have written in the past about the impact of gun violence on emergency care providers and caregivers with suggestions for how to move forward. What I do know from speaking with officers in the Emergency Department is that they feel demoralized and unsupported by our DA. They have a “why bother” attitude that permeates down from a leader who leans more toward anarchy than law and order. We need laws and nonviolence in our society so we all can live life in “…pursuit of Happiness,” but we cannot do that unless we all feel safe.

As I have stated in the past, we can do better policing with less aggressive and invasive tactics, with more funding, more training, (especially in de-escalation) for our police workers, not less. We need social workers integrated into community policing efforts. We need better access to substance use disorder resources; we need housing first options where people with psychiatric and substance use issues can get the help they need. We need to share and allocate mental health resources across counties, not restrict care to a county and make our crisis a “city” problem instead of a state and regional problem. And yes, we need to end our Jim Crow-era drug laws, so we stop incarcerating people with addiction and instead focus our law enforcement efforts on decreasing violent crimes like gun violence, theft, rape, and murder. Using drugs is one thing. Stealing someone else’s property, and/or destroying the quality of life of a neighborhood is a completely different issue. They should not be equated.

We need to invest in our city’s safety and start acting like our children’s future depends on it. We need to ensure that tourists feel safe visiting our great city. We need to ensure that our schools are safe for both our teachers and students. We need to rebuild the relationship between police in Black and Brown communities. All of it starts with not having a DA who is blind and tone-deaf to the very real problems facing our neighborhoods and our city.

Dr. Baumlin is a Professor of Clinical Emergency Medicine at the University of Pennsylvania, a Philadelphia resident, and a Democratic candidate for US Senate in Pennsylvania.