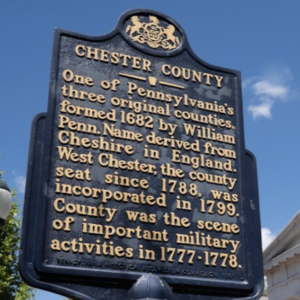 Pipelines running through Chester County are a constant debate. This area has gone through a massive transformation over the past few decades. What was once farmland just outside a major U.S. city has drastically transitioned into a number of bustling suburban communities.

While this area transitioned from rural to more development, pipeline corridors still remain and must continue in operation to support our growing energy needs.

Through projects like Mariner East, economic investment is coming into our communities, citizens have jobs, and tax dollars are reinvested into the local community to strengthen our schools, parks, and other public projects. Some like to say that being in favor of Mariner East is opposing our community and our local environment, when in fact, projects like this support us.

Pennsylvania’s emissions have been dropping each year because natural gas and other energy products, produced right here in Pennsylvania, are replacing coal. To continue to support this industry, we must build more pipeline infrastructure. Pipelines are safer than alternative means of transportation and are more environmentally friendly.

Construction of the Mariner East pipeline has been dragged out long enough. It is time we halt the legal and regulatory delays and complete the project.

Just recently, the Mariner East pipeline developer submitted new construction plans at a location in Chester County to change the installation method near Marsh Creek Lake. The goal of the proposed change is to complete construction in a manner that ensures the safety of the local environment and communities based on new realities.

Construction was halted last year at the site following an inadvertent return (IR) that impacted a stream feeding Marsh Creek Lake. In order to minimize the impact at the ground level, the original plans were to perform a horizontal directional drill (HDD) at this location. HDDs are often a preferred method of construction in developed areas, but the downside is that inadvertent returns are always possible and will sometimes occur. The new method of construction is an open cut where the pipeline is lowered into the trench and covered. This change will eliminate the potential for future inadvertent returns of water and non-toxic materials such as bentonite.

Once DEP approves the new plan, otherwise known as a “major modification” it will be one of the final links to fully connect the Mariner East network, which runs 307 miles west to east across Pennsylvania. The open trench method eliminates the potential for an inadvertent return and will address the unique geology of this area with minimal disruption to the community. Once complete, this infrastructure project will prove valuable to the entire Commonwealth.

Over the past decade, energy has provided the Keystone State and surrounding Appalachian region an abundance of natural resources, jobs, and economic growth. Mariner East is just another example of the importance of infrastructure to the region as it will transport natural gas throughout Pennsylvania, providing reliable, affordable energy to the surrounding communities.

The energy industry in Pennsylvania has made a momentous economic impact within the state, as it now supports over 320,000 jobs and contributes over $45 billion to the economy. By utilizing natural gas, found right here at home, and phasing out other sources such as coal, the United States is leading the world in cutting emissions. U.S. energy-related carbon dioxide (C02) emissions decreased in 2019 by 2.8 percent compared to 2018 as coal and heating oil were replaced with natural gas, according to a report by the U.S. Energy Information Administration (EIA).

There is no question about the positive benefits Mariner East will provide the commonwealth and the importance of finishing this last leg efficiently. This momentous milestone for Pennsylvania will pave the way for future infrastructure projects and be a stable source of jobs for skilled pipeline workers and economic prosperity in the Keystone State.

It is now time we approve the remaining permits and get this job done.