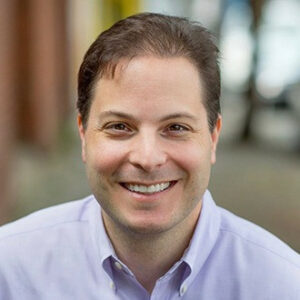 The man who fueled a political action committee boosting school board candidates committed to in-person instruction took his fight directly into the heart of the arena [March 8], arguing that board members who accepted election funding from teachers’ unions should recuse themselves from upcoming contract negotiations.

Paul Martino, the multimillionaire funder behind “Back to School PA,” made his remarks in person at a Central Bucks School District board meeting, the district where two of his children are enrolled.

He set the table for allegations of hypocrisy by saying his own activism in school board races in 2021 had frequently been referred to as “unheard of” or unprecedented.

“Also of note: $40,000 was contributed in cash and in kind to the Democratic candidates by the PSEA [Pennsylvania State Education Association teachers’ union], the school board, the school teachers. This is a truly unheard-of amount of $8,000 per candidate,” he said.

“In my day job, I sit on a lot of boards of directors and that’s called conflicted interest,” he concluded while saying board members Dr. Mariam Mahmud and Dr. Tabitha Dell’Angelo should recuse themselves from the upcoming collective bargaining for a new multi-year contract.

Martino is a co-founder and managing general partner at Bullpen Capital, a venture capital firm.

After being frustrated with the at-home telelearning his children endured at the start of the pandemic, he began to pour some of his political discontent into the PAC, Back to School PA. BTSPA then took Martino’s contributions and doled them out in smaller increments to even smaller PACS across the commonwealth dedicated to races within a single school board.

In his runup to asking for the recusal, Martino tried to draw a contrast between how his own political activism had been treated in the press and elsewhere compared to monies raised and distributed by unions and their allies.

“I’m here to tell you that Democrat candidates raised $122,000 compared to our $95,000 — outspending us by $30,000 or by 30%. It was the Democrats who spent an unprecedented amount of money on this race, not the Republicans. And they did so in a convoluted way, through ten different PACS, hiding the ball.”

Martino put his claims in a white paper produced and published on the BTSPA website. Although Broad + Liberty has not had the opportunity to factcheck all of Martino’s assertions, campaign finance reports obtained and shared by BTSPA show that the PSEA did provide at least $38,000 to the PAC that supported the Democratic slate of candidates, CBSD Neighbors United. The PSEA also made smaller donations in the race to complete the $41,000 referenced by Martino in his remarks at the board meeting.

Neither the PSEA nor the Central Bucks School District returned requests for comment.

The current contract for teachers in Central Bucks expires on June 30, according to this copy of the contract posted online.

Meanwhile, the district has been without a contract for support professionals since June, according to a January report from the Bucks County Courier Times.

“While specifics have not been discussed publicly, the stalemate appears to be at least in part due to pay increases that employees have said need to reflect the added work brought by the pandemic since 2020,” the paper said.

Martino’s activism last year drew even national coverage from outlets like Vice, amidst a year in which education was a pivot point for many voters nationally. Pundits pointed to the surprise victory of Republican Glenn Youngkin in the Virginia governor’s race as proof. That race seemed to hinge on a gaffe in which former Governor Terry McCauliffe said “I don’t think parents should be telling schools what they should teach.”

Prior to last year’s fall elections, the Inquirer reported on Martino and his PAC, quoting critics who said his efforts were bringing “toxic politics to the local level.” A story in Philadelphia was headlined, “Inside the Ridiculously Vicious and Increasingly Nasty Local Elections in Bucks County.”

A podcast from the New York Times highlighted Martino’s influence.

“It’s a lot of money, but what may be most new and noteworthy is that so much of the money sloshing around in these races is coming from one guy,” Times national correspondent Campbell Robertson said. “Typically, a lot of the money in school board races comes from small donors, though the local party will give some money to the teachers’ union sometimes. Well, this year, in Bucks County, just one local PAC had put $50,000 into the races in the county by mid-October. And almost all of that came from Martino.”

But at the Tuesday board meeting, Martino seemed clearly irked by how he thought campaign finances had been portrayed.

“I was not the source of dark money. My contributions were clearly marked,” he said. “It was the other team that was hiding the ball.”