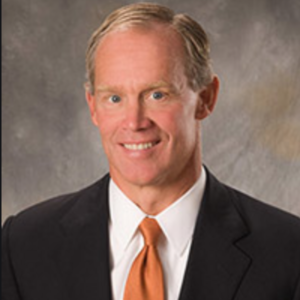 That’s the fear of Frank Catania, solicitor for the Chester Water Authority (CWA), who’s spent years building a moat around his municipal agency against the tides of politics. But former House Speaker Mike Turzai’s move to a major utility company presents a significant threat that could ultimately impact the Authority’s most prized asset — its autonomy.

When Turzai stepped down earlier this month, he accepted a job with People’s Gas, a natural gas company. People’s is a part of the same conglomerate that includes Aqua America, the for-profit water utility that made a controversial and unsolicited bid to purchase the CWA in 2017.

Complicating matters for the CWA are its questionable ties with the City of Chester. The city has struggled financially for decades, and when revenues plunged from the coronavirus crisis, Gov. Tom Wolf declared the highest level of a financial emergency for the city under “Act 47.” In doing so, Wolf suggested that the city could have the authority to sell CWA for a cash infusion.

The CWA has stridently maintained it is autonomous, arguing the city has no right to sell it. Catania has called the entire scenario a “manufactured crisis” developed specifically to try and force a sale of the CWA.

The City of Chester has gone so far as to start a website — chesterwaterproposal.com — presenting to the public what bids for the CWA’s assets might look like. One of those bids is from Aqua.

The CWA was already battling Wolf. Now, Catania says, the question becomes how much political clout Turzai can add to the push for a sale, even if his voice is more behind the scenes than behind the speaker’s dais.

“Chester Water is a public sector entity, it’s a municipal authority, basically one of the forms of government,” Catania told Delaware Valley Journal. “He [Turzai] was not in favor of that and didn’t do much to help us. And frankly some of his actions made it more difficult for us to operate.”

Catania also says that while Turzai can’t lobby the General Assembly due to “revolving door” laws, he says Turzai, in his role as an attorney, can still be in frequent contact with his former colleagues.

However, Aqua dismisses these concerns.

“Mr. Turzai was hired as general counsel for People’s Gas, so he has no connection with Aqua and its water and wastewater operations,” Donna Alston, a spokeswoman for Aqua told Delaware Valley Journal (emphasis original).

Alston also said that Turzai “has no government relations or lobbying responsibilities,” and his only role is to serve as the general counsel for People’s Gas.

In February of 2019, news broke that Aqua took a $60 million loss the year before on an interest rate swap the company entered into while trying to finance the purchase of People’s Gas. However, new SEC documents show that the losses piled up by another $23 million.

“Now they have this very large expense,” Catania said. “Well, who’s going to pay that? The shareholders? I don’t think so. The ratepayers? We’ll see. And part of Mr. Turzai’s job will probably be trying to make sure that cost gets allocated to ratepayers.”

“Acquisition related expenses, including the cost of the hedge referenced by Mr. Catania, will be carried by Essential shareholders,” Alston said. “In fact, in the case of Peoples, we are prohibited by the PUC from passing along any acquisition-related costs to our customers.”

For all the concerns about politics, the CWA celebrated a move last week when Rep. John Lawrence (R-Chester County) introduced a bill that, if passed, would give ratepayers the final “OK” over the sale of the CWA.

“The City of Chester never put any money into the authority,” Catania said at the time of the bill’s introduction. “All the money that built the authority and its infrastructure came from the ratepayers from the very first day of its operation. So I think that Rep. Lawrence’s bill will help underscore that, and I hope that the legislature gives it favorable consideration.”

Although it would seem certain Gov. Wolf would veto the bill, his spokeswoman, Lyndsay Kensinger, refused to make any decisive statement on the matter.

“The governor will review the legislation and make a decision if it reaches his desk,” she said.