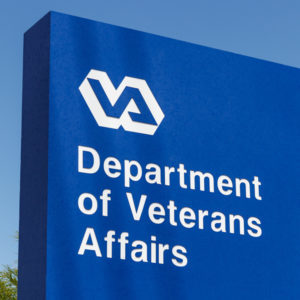 At VA, Compassion and Duty are Keys to Winning the War Against COVID-19

Alejandro Roldan, a Veterans Affairs nurse practitioner in Wisconsin, recently captured the essence of what it’s like to be on the frontlines of the COVID-19 pandemic.

Like all of our 360,000 healthcare workers across the country, he worries about bringing the virus home to his family, and says he can’t even give his son a hug after the workday until he scrubs down.

But when asked why he puts himself at risk, the answer is simple:

“We rise up to the occasion. We fulfill our duty.”

Alejandro’s response could have been said by any of the 41 million men and women who wore the uniform since the birth of this nation. And he’s not the only VA employee answering the call to serve those who served us.

Donny Ramsuchit knows his job of keeping the elevators working at the Brooklyn VA is more important than ever: “They have to be working to ensure people feel safe and the doctors and nurses can do their jobs. It’s an honor to be here and serve the veterans.”

Ashley Spires volunteered to work 12-hour days at the hard-hit Detroit VA, and said she made the decision with no hesitation: “I didn’t become a nurse to sit around and do paperwork. I became a nurse to answer a call when people need me.”

Thousands of our staffers have made tough decisions to stay on the job during these unprecedented times that have taken the lives of 30 VA employees and more than 800 of our patients. The pandemic has also forced VA as an organization to make its own tough calls.

Among the toughest was our move to severely restrict visitors from entering our 134 VA-run nursing homes and spinal cord injury centers. These facilities house some of our most vulnerable patients, and despite everything they’ve given to this nation, we had to limit visits even from family members to keep them safe.

But that call and other early decisions we made have led to positive outcomes for veterans. In January, we started to carefully manage our supplies of personal protective equipment, and today we are maintaining steady supplies of this gear throughout the United States.

In February, we expanded access to telehealth systems, and veterans have used them at a record pace, including virtual mental healthcare appointments, which rose 280 percent during the first month of the crisis.

In March, we took steps to ensure VA had enough medical staff on hand to deal with the inflow of patients, and we’ve added more than 10,000 people since.

We postponed elective surgeries and limited access to interment services at our national cemeteries in order to focus on preventing the spread of COVID-19.

And in April, we implemented our “Fourth Mission” in earnest, which is to back up America’s healthcare system in a time of crisis. VA has opened bed space to non-veteran patients across the country and has even deployed medical staff to state-run nursing homes to ease their burden.

In total, we’ve diagnosed more than 8,700 veterans with the virus, and more than 60 percent of them are 14 days past their last positive test and recovering at home. We’ve cared for more than 250 non-veteran patients and have offered aid to 47 states and territories.

And in many cases, the result of our efforts is nothing less than life itself.

Arvin McCray, a U.S. Army veteran, was confined to a VA bed for more than 30 days, and wasn’t expected to make it past his first night in the Milwaukee VA.

But VA saw him through, and as he was wheeled out of the medical center he said, “It was like I was born, born all over again.”

The Rev. Terrance Hughes spent seven weeks in a coma and on a respirator at the VA in Aurora, Colorado, and didn’t see his family for two months. But as he was released in May to an acute care recovery unit, he said, “God answers prayers.”

And in Albany, New York, Vietnam veteran and 9/11 first responder Michael Bolnik said he was “blessed” after battling COVID-19 at VA. “I couldn’t have done it without everybody in the building and the friends and the support and the prayers.”

Today, years after being told the wars of the future would be fought by machines, we are watching a new generation of great men and women step up to fight this unpredictable battle at home against COVID-19 — heroes saving heroes.

And together, we rise up to the occasion once again.

Robert Wilkie is secretary of Department of Veterans Affairs.