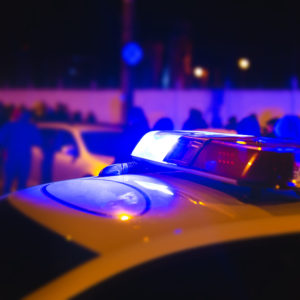 As gunfire sounded through the night skies in Philadelphia over the Fourth of July weekend, Delaware Valley law enforcement was on guard for a crime surge to reach their communities as well.

At least 35 people were shot in the city during the holiday weekend, and five of them were killed in one of Philadelphia’s most violent three-day stretches in years.

“Any large increase or spike in crime that happens in Philly or Trenton will always have an influence in Bucks County,” Middletown Police Chief Joseph Bartorilla told Delaware Valley Journal. “This is especially true for municipalities that directly border Philly or are in very close proximity to the city.”

“We have certainly seen an increase in call volume and an uptick in overall crimes and incidents recently,” Bartorilla continued. “Some of that I’m sure is due to the easing of the COVID lockdown and the summer weather. But some of it can most definitely be attributed to the surge in crime occurring in Philadelphia, bleeding over into Bucks County.”

Bartorilla pointed to a weekend incident in which a 64-year-old was arrested and charged for exposing himself and pulling a gun at an apartment complex. Police also said the man threatened to kill someone near the apartment offices.

However, other Delaware Valley police officials offered different perspectives on any “spillover” effect for crimes in their communities.

Middletown Detective Steve Forman said the crime he’s most focused on is drug related, and he indicated Trenton was the more likely “spillover” source, not Philadelphia.

“There have been 3 recent homicides/body dumps that have ties to Trenton’s drug trade,” Forman told Delaware Valley Journal in an email.

Drugs, not homicides, were also the concern in Whitemarsh Township.

“We don’t’ have crimes of the violent nature — murders, the stuff Philadelphia sees,” Police Chief Chris Ward said. “The only increase that I’ve seen is drug overdoses. There seems to be more than the last couple of years.”

The exact numbers on drug overdoses are still hard to pin down, however, because toxicology results can take anywhere from 6 to 8 weeks to complete.

“The only increase of crime we might see is like a property crime,” Haverford said. “We’re not faced with the homicide or gun violence like Philadelphia is.”

“Our homicide rates are usually low, it’s rare to get a homicide here in Haverford Township.”

“Homicides, which also have been steadily rising in recent years, have continued to surge in 2020,” the Philadelphia Inquirer reported, noting 888 shootings reported in the city from the beginning of the year to July 5. That’s up from 537 for the same time period in 2015.

“According to police statistics, 210 people have been killed in the city this year, 27% above last year’s total through the same date, putting the city on pace for its highest annual murder tally since 1997,” the Inquirer reported.

Despite the massive upswing in violence, Philadelphia leaders of the Black Lives Matter movement were promoting a 5-year phase-out of the city’s police department.

“We don’t want to see any police in our community,” organizer and activist YahNé Ndgo told Fox News in an interview Tuesday. “Over the course of those five years, it gives time for the community to begin to build what is needed. We aren’t looking to leave any kind of vacancy around the issue of safety.”

Todd Shepherd is the editor of Delaware Valley Journal.