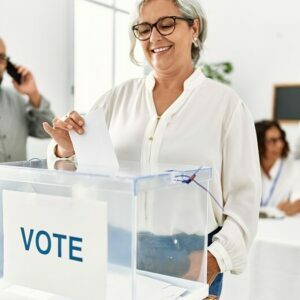 ADAMS: Americans Support Voter ID Laws. Why Are Democrats Dead Set Against Them?

Following the chaotic elections of 2020, Americans wanted commonsense reforms to strengthen the security of elections. One of the most commonsense reforms, already the law in most states, is requiring voters to prove they are who they say they are by providing a photo ID.

Georgia was one of the states that enacted voter ID as far back as 2005. After 2020, it extended verification requirements to mail ballots.

This simple requirement, that voters use a numeric code unique to each voter, caused the Left to go into a frenzy.  It was 1958 all over again, we were told.  Stacey Abrams called the new law “Jim Crow 2.0” and unsuccessfully challenged it in court. Even President Joe Biden chimed in calling the law “Jim Crow in the 21st century.” Major League Baseball pulled the All-Star game from Atlanta citing the state’s new voting law as being too restrictive. Coca-Cola called the measure a “step backward” that would “diminish or deter access to voting.”

Who knew requiring an ID to vote would trigger so many corporations?

In this past election, data show that turnout in Georgia went up. The Peach State had record early voter turnout in both the general and runoff elections in 2022.  More people participate in a process when they trust a process. If voters believe in the integrity of the outcome, they will cast a ballot no matter the outcome.

Georgia is not the only state to enact this commonsense reform. Florida, Texas, and most recently Ohio have passed voter ID laws.

This is good news for the integrity of our elections. Not only does voter ID ensure that a voter is who he says he is, but also increases voter confidence in our election process.

Voter ID is the most basic election reform a state can make to dramatically increase the security of their elections. We need to ensure that everyone voting is who they say they are.

That is why voter ID is so popular with the American people. According to a Monmouth poll, 80 percent of Americans support requiring voters to show photo identification in order to cast a ballot.

Only 15 states lack some form of ID requirement. The opponents of voter ID laws are the outliers.

There are other benefits to having a voter ID law in place. For example, I have encountered election crime investigations where a prosecution for double voting does not proceed because there is no voter ID law in one state. It is harder to prove that someone actually cast a ballot when a state does not require proof of identity.

Voter ID also speeds up election check-in and reduces long lines. In Florida, for example, every driver’s license has a QR code that links to the state voter database, requiring a second or two for voters to check in and receive a ballot.

We can all agree that we only want legal votes to count. With photo ID, we can help voters trust that everyone voting is who they say they are while at the same time improve election administration.

J. Christian Adams is the President and General Counsel for the Public Interest Legal Foundation and a former Justice Department lawyer. He also served on the Presidential Advisory Commission for Election Integrity.