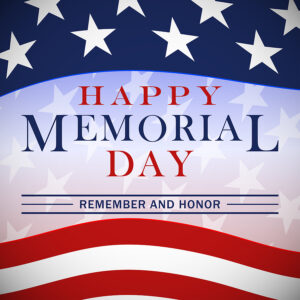 It’s the day each year when we pause to remember the men and women who made the ultimate sacrifice for our freedom. But how much do you know about the Memorial Day holiday itself? Find out with this short, easy and fun quiz from InsideSources.com.

1. Memorial Day began as a way of honoring soldiers who died in what conflict?

A. The Revolutionary War

2. The holiday was originally known by what name?

3. What flower is traditionally worn to honor fallen military personnel?

4. Which former military commander, and later an unsuccessful vice-presidential candidate, is credited with helping make Memorial Day a holiday?

6. What happens to the flag on Memorial Day?

A. It is not displayed.

B. It is flown at half-staff.

C. It is at half-staff until noon then raised to full staff until sunset.

D. It is at full staff until noon then lowered to half-staff until sunset.

7. Which of the following towns has been declared the birthplace of Memorial Day?

8. Based on the total number of American casualties, the costliest battle in U.S. military history was:

A. The Battle of Okinawa

B. The Battle of Gettysburg

C. The Battle of the Argonne Forest

D. The Battle of Antietam

9. Several Southern states hold state holidays on different dates in the spring to remember their dead. What is that holiday called?