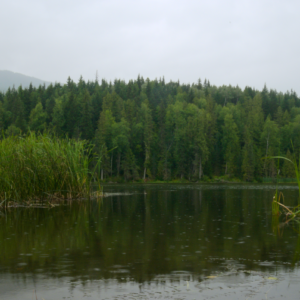 A Land Conservation Group Lobbies Congress To Protect Its Own Turf

Some members of Congress are pushing legislation that would discourage private land conservation across the nation, even as many Democrats are promoting the Green New Deal. Why? Because of that other “green.”

Land conservation, setting aside land and allowing little or no development, has been a popular and effective environmental strategy for decades. One study in Vermont, for example, found “every state dollar invested in land conservation returned $9 in natural goods and services.”

In 2006, Congress passed a law promoting private taxpayer participation in the conservation movement, allowing the deduction of the current value of the land set aside “for the purpose of permanent protection, including the natural, cultural, historic and scenic attributes.”

And it worked — so well, in fact, that in 2015, Congress made the incentives permanent. Today, there are roughly 30 million acres protected by conservation easements, in a public-private approach to environmental stewardship that both industry and the environmental community agree on.

Much of this success is due to conservation easement partnerships, which allow more Americans to participate in the land preservation movement, rather than only a select few who could afford to do so. As a result, thousands of acres of environmentally sensitive land are now protected in places like Alabama, the fast-growing South Carolina Upstate, and Los Angeles’ Malibu Valley thanks to these partnerships. One study found nearly two-thirds of lands conserved through partnerships have “outstanding” ecological value and that nearly 70 percent are set up with the purpose of mitigating the impacts of climate change.

But some traditional conservation groups are pushing a law to both end the practice and retroactively claw back the tax benefits. Led by the Land Trust Alliance (LTA), critics claim the appraisals of the land are artificially high and create tax benefits far in excess of what is fair. “Taxpayers are being bilked. The intent of Congress is being violated,” says LTA CEO Andrew Bowman.

LTA’s efforts open it to accusations of hypocrisy. On the one hand, the organization claims it wants to outlaw a practice in which individuals form partnerships that purchase land, preserve it, and, in the process, qualify for tax benefits. On the other hand, the LTA wants the ability for organizations like itself to be in the business of working with individuals to conserve such lands and reap the tax benefits. In short, critics say the LTA is trying to have it both ways by seeking to ban conservation efforts it doesn’t like and preserve those it does.

Many advocates of the partnerships agree that moderate reforms are needed. But they argue debates over the appraisal process fail to reconcile the facts and can be resolved without shutting down the partnerships or demanding retroactive payouts.

“Congress set up conservation easements as a type of charitable contribution geared toward preserving land for conservation,” says Ryan Ellis, the president of the Center for a Free Economy, who says the U.S. tax code’s flexibility on partnerships is the ideal market solution.

“Picture a penniless chef going in on a restaurant with a wealthy cousin despite only having sweat equity to contribute,” Ellis says. “That wouldn’t happen in many other countries. Partnership conservation easements are the same idea–it’s the U.S. tax system pairing up landowners and those who can help them unlock the charitable contribution.”

And then there’s the issue of retroactivity.

Supporters of the partnerships have asked for clarity from the IRS to find an acceptable path forward rather than punishing taxpayers who’ve invested in conservation lands. Treasury Secretary Janet Yellin was asked about the topic during her confirmation in January and said “taxpayer certainty with regard to tax treatment in all issues is an important goal for the system at large. If confirmed, I will strive to meet that goal through the issuance of taxpayer guidance, and I appreciate the importance of creating certainty for taxpayers on this issue.”

Still, the LTA and its allies continue to push for the nuclear option. Why? It could be that as Congress rolls out more and more spending programs, the need for new revenues is pressing. Last year, Congress’ Joint Committee on Taxation projected passing the LTA-backed anti-partnerships bill would bring in $7.1 billion in new revenue through 2021.

And the LTA has found a way to leverage its standing as what ProPublica calls the “embodiment of the traditional conservation community.” With the oil and gas industry facing harsh criticism over its role in climate change, energy companies have sought to establish ties to the group: between 2010 and the present, oil and gas companies gave more than $5 million to the LTA, according to tax records.

Supporters of the easement partnerships say this political debate is missing the point: The partnerships work, and reforms can both end any excesses and protect the environment.

“These partnerships are a perfectly ordinary thing that happens in all sorts of ways every day in America. Innovation and entrepreneurship ordered toward Congress’s intent to go forth and do well by doing good.”