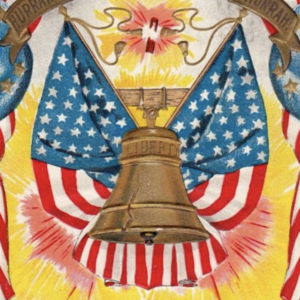 A ‘Holy Cow!’ History Quiz For Your Fourth of July Weekend!

For 245 years now, Americans have had a red, white, and blue time celebrating the Fourth of July. We all know America’s independence was declared on that day in 1776. How many other things do you know that were associated with that landmark event? Find out in this short, fun quiz.

1  In one of history’s great ironies, former presidents John Adams and Thomas Jefferson (both signers of the Declaration of Independence), died on the same day. What was it?

4  While Americans have celebrated July 4 since 1776, when did it become an official national holiday?

5  In 1778, what did General George Washington do to help Continental soldiers celebrate July 4?

a) Let them have the day off

d) Gave them a double ration of rum

a) The British were coming

c) There was no gunpower available for fireworks

d) People got the date wrong

7  John Adams advocated celebrating another date instead of the Fourth. Which was it, and why?

a) July 2, 1776, when the Continental Congress voted for independence

b) August 2, 1776, when the Declaration was actually signed

8  In the years before the Civil War, it was considered very unpatriotic to do what on July 4?

b) Not have a parade

d) Not close a store or business

9  The Declaration of Independence and the U.S. Constitution were both signed where?

a) The U.S. Capitol, Washington

10  While most Revolutionary War combat concluded with the British surrender at Yorktown in 1781, when were British troops withdrawn from New York City?