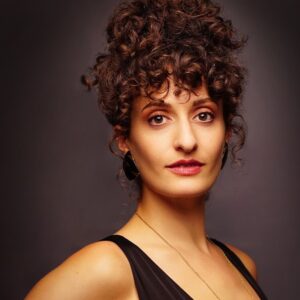 Actors and actresses dream of making it in “the city that never sleeps.” An opportunity to perform on Broadway is the epitome of live theatre, but the COVID-19 pandemic shut down more than just the economy for many aspiring stars. It shut down dreams.

For Bex Odorisio, the pandemic may have closed her initial Off-Broadway debut, but as it wanes she has found new possibilities in the musical, “Hadestown.”

Odorisio grew up in Ardmore and spent years trying to get her shot at Broadway. After graduating from Lower Merion High School in 2005, she headed straight for New York City.

“I went to drama school at NYU,” Odorisio told Delaware Valley Journal. “I started my training at 18. Since then I’ve been pounding the pavement in New York City to varying degrees of success and varying degrees of visibility, I suppose. The pandemic shut down a show I was in. I was meant to make my Off-Broadway debut at last at the Public Theater in New York but we had to shut a few days before opening. So, I was very excited when ‘Hadestown’ came through after about a year, a year and a half, and said they were going to send out the tour.”

“I’ve been a part of several new musicals that I put through in developmental stages,” she said. “So often when a musical is on its way to getting a full production you’ll have things like stage readings where the actors are standing around music stands and things like that. So I’ve done a myriad of those. And some of those musicals have moved on along, like ‘The Visitor,’ and some of them have not. Or at least not yet. It tends to be quite a long process.”

Before New York, there was Historic Philadelphia where Odorisio spent summers working as a historical interpreter during high school and college.

“For four years total, during high school and college, my summer job was being a historic interpreter with Historic Philadelphia Incorporated, which means I played a colonial person in Old City Philadelphia,” she said. “I greeted tourists on the street and told stories. I even played Betsy Ross a time or two which was really exciting. Honestly, it beats a summer job at a coffee shop. I think that counts as my first professional acting job as well.”

“This is 10 years to the year of my very first tour. One of my first jobs out of college was touring the country with a children’s show. It was called ‘Click Clack Moo: Cows That Type.’ I played a singing cow…that was the job that allowed me to join the Stage Actors Union. So it was very meta.”

Done as a folk, roots, jazz, New Orleans-style musical, “Hadestown” is one audiences will remember.

“The show is based on Greek mythology,” Odorisio explains, “and combines the myth Orpheus and Eurydice with the myth of Hades and Persephone.”

Odorisio plays one of the Fates.

“I play one of the three Fates of Greek mythology,” she said. “It’s really fun. They are the ones who control the thread of a mortal’s life. We are a trio who sing in three-part harmony, and we act as the voices in the backs of the heads of the other characters from the show.”

“Hadestown” is on tour for the next year and Odorisio was thrilled when it came to the Academy of Music in Philadelphia in February. 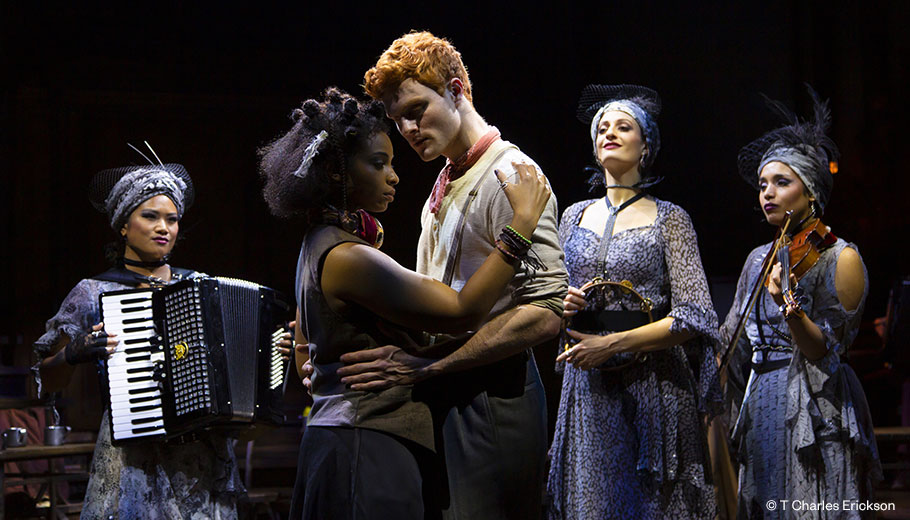 “The Avenue of the Arts is a place where I saw many shows growing up and I was just passing the Merriam Theater and being reminded of the first musical I ever got taken to see when I was a kid,” she said. In the 3rd of 4th grade, my mother (Susan Greenspon) took me to see ‘West Side Story.’ And that had a profound impact on me. I think I got the original cast recording on cassette tape… I listened to it every night before I went to bed for it must have been a year. It was magnificent. And to see the film that just came out at Christmastime. It was such a wonderful full circle of feeling just how much that story means to so many people.”

“I was very grateful for the art and the cultural offerings of a city like Philadelphia to grow up so close. We were 20 minutes outside of the city.”

“I love singing with my sister Fates,” Odorisio said. “I performed with a vintage vocal trio that does music in the style of the Andrew Sisters for some years before this. So, I’ve gotten to really love the sound and feeling of singing with three women together. That trio is called America’s Sweethearts. A different vibe than ‘Hadestown,’ but we would travel the country and do things like airshows and veteran’s events and World War II weekends, and all kinds of stuff. So, I say that was my training to be a Fate was really getting practiced at close harmony with one woman on my left and one woman on my right.”

After being away from the theatre because of the pandemic, returning to the stage is more than rewarding.

“Getting into a rehearsal room with everybody felt really spiritual because everybody had been in quarantine for so long,” Odorisio said. “It was an absolute gift to be in a rehearsal room. The rehearsal process was just gratitude every day, even more so than it would have been normally because we hadn’t been able to for such a long time.”

It isn’t just the performers starving for a piece of the stage. Audiences around the country have been anxious for live performances again as well.

“The audiences have been so warm,” Odorisio said. “I really couldn’t have hoped for anything greater than this. It’s kind of remarkable feeling that outpouring from people who have been so hungry to see shows again. People have been overwhelmingly positive which just makes us excited to be doing it.”