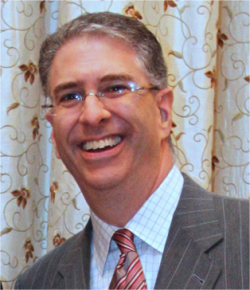 At a time when his fellow Pennsylvania Republicans are embracing former President Donald Trump, Craig Snyder is urging a return to the era of Arlen Specter. And he’s planning to take that message to voters in the upcoming GOP U.S. Senate primary.

Specter was once a political powerhouse in Pennsylvania, serving as a U.S. Senator for 30 years. Snyder served as his chief of staff and believes a return to Specter’s style of more moderate Republicanism is a winning strategy for his party. He laid out his views in an op-ed for Delaware Valley Journal.

“I’m looking at whether I can raise enough money and whether I can put together an absolute first-class team of professionals who would work on the race,” Snyder told DVJ. “I’m also looking at the people I respect and think are important in Pennsylvania state politics and would be inclined to be supportive.”

Snyder is also being open about his less-than-favorable view of Trump.

“I would obviously like to get every vote there is,” Snyder tells DVJournal, “but I would be running to appeal primarily to Republican voters who really believed it is time for the party to move on from Donald Trump, and who believe that Donald Trump should not be the defining space or voice of the party. Loyalty to Trump should not be a litmus test as to whether you are a Republican.”

Given Trump’s current popularity within the party — polls show Republicans overwhelmingly support Trump and a majority say they want him to run again in 2024 — it’s an uphill climb.

But Snyder says he’s faced long political odds before. His first race, in 1992, was in the then-largely African American 1st Congressional District

“A Republican running in a majority Black district is not going to win,” Snyder said. “I was a young man. I wanted to enter politics. But I enjoyed that run; I really did. And I actually outperformed the Republican president of the United States, George H.W. Bush … I got a higher percentage of votes in the district than the president did because I had actually campaigned in the African American neighborhoods and went into Black churches.”

Snyder says his views in 1992 on what the Republican Party stood for mirror his current views. He adds that if there are one or two really strong Trump candidates in the 2022 race with statewide name ID, and if those candidates are ahead of him in the polls, “I might conclude that this was just a hopeless cause.”

On the other hand, a larger pool of candidates with no statewide name ID who would be competing for the same loyal Trump voters would benefit his candidacy.

Snyder discussed one possible objection that might be raised in some quarters: His ties to the late Sen. Specter and the fact that some voters—how many is unknown—may be eager to recall the time when Specter was labeled a “turncoat” for switching political parties during the Obama administration.

But Specter, as Snyder is careful to point out, “was the longest-serving senator in Pennsylvania history.”

“Arlen told me that he decided to vote for President Obama’s stimulus plan because he believed the economy needed it. He told me that if the plan didn’t pass, the nation would go into a depression.”

Specter also told Snyder that if he voted for the stimulus plan as a Republican he could not come back and win the primary because voters would penalize him for having supported Obama. The solution, he felt, was to run as a Democrat.

Snyder said he tried to talk Specter out of making that move and warned him the vote he was going to cast on the bill was a vote of conscience and urged him to do what he thought was right. “But you shouldn’t change political parties because that never works out well,” Snyder added. “Unfortunately, sadly, I was proven correct because Specter went on to lose the Democratic primary.

“I consider Specter to have been a mentor. I also consider him a really effective Pennsylvania senator. There’s a reason why he was the first and only person in the history of Pennsylvania going back hundreds of years to ever get re-elected as many times as he did.”

Snyder’s biggest concern is a great divide within the commonwealth.

The economic and educational divide is mostly felt in rural communities where there is real despair. “This despair has to do with the opiate crisis, high rates of suicide, lower life expectancy; so many problems come when people don’t have a good education or economic opportunity,” Snyder said.

Snyder believes the Republican Party needs to become a blue-collar party, and he sees his advocacy of these issues as one way to help accomplish that.

“I believe Pennsylvania is a purple state; we’re not a blue state, not a red state, and somebody like Specter was able to appeal to a combination of Republicans, Democrats, and independents and win over and over again. That’s not a bad model for somebody to follow.”

Snyder also believes a senator from Pennsylvania– the state with the largest rural population in America—to Washington will help bring focus and greater opportunities to these problems.