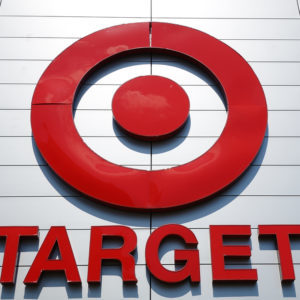 $15 Minimum Wage: Good for Target, Bad for Others

Beginning July 5, Target stores will raise their starting wage from $13 per hour to $15 per hour.

That may be good for the big-box retailer and its employees. However, the COVID-19 pandemic is a good time to suspend the well-intentioned, but misguided drive to impose a $15-per-hour minimum wage on businesses nationally.

In February, when unemployment was at near-record lows (3.5 percent), more than doubling the minimum wage was a bad idea. With pandemic unemployment running at Depression-era levels (14.7 percent in April, 13.3 percent in May), such an increase could be calamitous.

In light of Target’s announcement, Sen. Bernie Sanders (I-Vt.) called on Congress to pass his Raise the Wage Act, increasing the minimum hourly wage from $7.25 to $15, in order to “guarantee a dignified, living wage for every worker in America.”

The problem is that in guaranteeing $15-per-hour to “every worker in America,” the law would guarantee that a substantial number of Americans won’t be working. They’ll be priced out of the lockdown-ravaged job markets.

This would fall severely on those whose livelihoods have been hardest hit. That includes some healthcare sector employees at a time when we can least afford to undermine that sector.

A minimum wage’s effect is straightforward. Employers will hire people who add more revenues to the firm (from increased output) than they subtract (in wages and other costs).

For example, Firm X reviews three applicants and, based on experience, education, references, etc., estimates that A will add $20 per hour, B will add $12, and C adds $6. At the current national minimum wage of $7.25, Firm X will hire A and B, but not C, who remains unemployed.

If the minimum wage rises to $15/hour, the firm only hires A; both B and C remain unemployed. The firm may be stunted, or it may grow by replacing human workers with machines. (Think of fast-food outlets replacing behind-the-counter personnel with automated kiosks.)

We can deduce from Target’s announcement that it perceives new hires as producing more than $15 worth of value to the company. The same isn’t necessarily true for other job seekers.

There are many reasons a prospective employee might not be able to produce $15 worth of output. Young applicants, including teenagers, may have little in the way of work experience or skills, so their early years are heavy with training, mentoring, errors and the learning curve. The same can be true of the poorly educated and immigrants with limited language skills.

For many of these people, a $15 minimum wage would stifle their ability to gain a foothold in the economy and begin developing necessary skills to earn higher wages.

All of this was true before the pandemic sank the American economy in February and March. Now, the consequences of a mandatory $15 minimum wage would be far more brutal.

Before this year is out, it’s likely that hundreds of thousands of small businesses will have been wiped out by the lockdown, and still more will be destroyed by lingering effects of the pandemic.

Restaurants, theaters and hotels are reeling from their losses during the lockdown. Many will continue struggling while social distancing requirements are in place and while a substantial number of Americans fear the idea of re-entering those venues.

Those who lose their jobs will be competing against tens of millions of other unemployed job-seekers during the post-COVID recovery. A sudden boost in the minimum wage would add a gigantic obstacle to the unemployed seeking new jobs and to entrepreneurs seeking to rebuild their shattered businesses.

Importantly, a variety of healthcare providers — physician practices, hospitals — etc., are struggling, with some businesses closing. There are a great many low-income jobs in healthcare. As with other industries, a large minimum wage increase would drive a wedge between potential healthcare industry employers and employees.

And this would be at the very moment when we need healthcare to ramp up its capabilities, in case a second wave of coronavirus sweeps across America this fall or next year.

Perceiving Target’s good news as justification for applying the $15 minimum wage across the economy would be a profound error — and bad news for many seeking a job.

Robert Graboyes is an economist, journalist, and musician who blogs at “Bastiat’s Window” (graboyes.substack.com). He taught at five universities and received the 2014 Bastiat Prize for Journalism. He wrote this article for InsideSources.com.